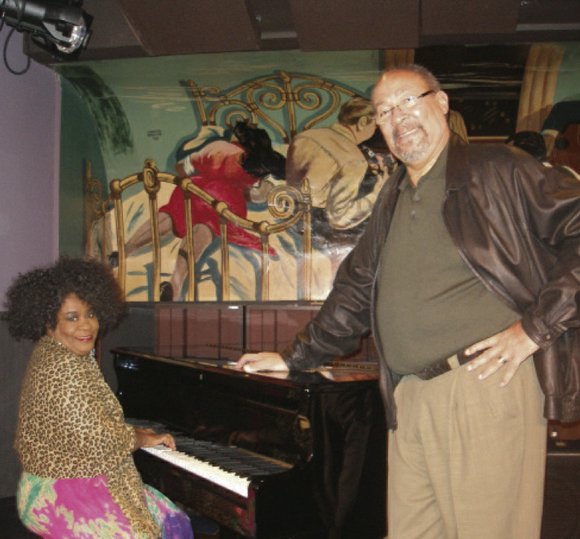 Breathtakingly exquisite and elegant is about the best way to describe the newly renovated Minton’s Playhouse, and right down to the restored classic mural on the back wall, the joint is ready to recapture that legendary reputation of the place where bebop was born.

“This is a great day in Harlem,” said state Sen. Bill Perkins, addressing a gathering of onlookers and dignitaries at the ribbon-cutting ceremony last Saturday afternoon. “Richard Parsons and his team should be praised for their diligence and vision for reviving this iconic venue.”

Tenor saxophonist Henry Minton opened the club in 1938, and during its glorious heyday, it was a first stop location for jazz musicians arriving in Harlem, where they knew the very best house band in the city held forth, often featuring such immortals as Thelonious Monk, Charlie “Yardbird” Parker, Miles Davis, Dizzy Gillespie and countless other greats.

There have been several attempts to resurrect the club since it closed in 1974, but with the resourceful Parsons at the helm of Harlem Jazz Enterprises (HJE), this latest effort seems like the real deal, particularly when you enter the club, which will seat 60 patrons, and take a gander at the stylish interior. “We plan to have a house band as it was in the past,” Parsons said, escorting the reporter and flutist Bobbi Humphrey on a brief tour before the press conference. “There will be some adjustments as we go along to see how things work out.”

“I can’t wait to get inside,” said Councilman Robert Jackson. “I’ve only had a glass of water in anticipation of the brunch. And reopening Minton’s and the Cecil Hotel will give this neighborhood a fresh glow and a renewed burst of energy.”

“It’s good to see they’ve refurbished the place and sound-proofed it,” said Bobby Copeland, who has lived next door to Minton’s for over 22 years.

“Congressman Rangel wanted to be here, and he sends his good wishes,” said Tina McCray, who praised Parsons’ visionary outlook. “He’s at a hearing in Washington, but you know how much he loves the return of Minton’s.”

Most of the invitees were eager to get on with the festivities and sit down to one of Chef Alexander Small’s hot buttered rolls; a choice of soups, including brown butter crème fraiche or benne seed crunch; and apple salad, butter lettuce or smoked crabapple vinaigrette. Diners might also prefer smoked chicken breast, braised collard greens, roasted garlic, sweet potato puree, pan-seared salmon, Hoppin’ John or red pepper remoulade.

There was a warm smile of invitation on the face of Beatrice Stein, HJE’s director of operations, as she passed the reporter the menu.

With such tantalizing fare, promising entertainment and a matchless ambience, it took a powerful amount of discipline to keep him to his appointed rounds.