Nominations are in for AUDELCO Awards 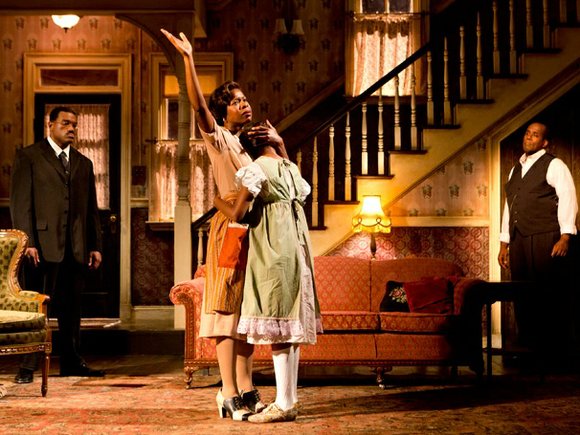 Eric Lenox Abrams as Avery, Roslyn Ruff as Berniece, Alexis Holt as Maretha and James A. Williams as Doaker in “The Piano Lesson” Photo courtesy of Broadway.com

Throughout the past theater season, Black actors, playwrights, directors and technical professionals have done amazing work, and there is one time of the year and one major event in New York City that acknowledges their work. It’s been going on for over four decades. Make plans to support Black theater and be proud of our achievements at the 41st annual Vivian Robinson/AUDELCO Recognition Awards for Excellence in Black Theatre, being held Monday, Nov. 25 at Symphony Space’s Peter Jay Sharp Theater, located at 2537 Broadway at 95th Street. The AUDELCO Awards are always a Black theater reunion, and they are something wonderful to be experienced.

Four productions are tied with eight nominations each.

Five nominations were the magic number for four productions.

For a complete list of nominees and for more info, visit www.audelco.net.