‘Radio City Christmas Spectacular’: A great way to usher in the holidays 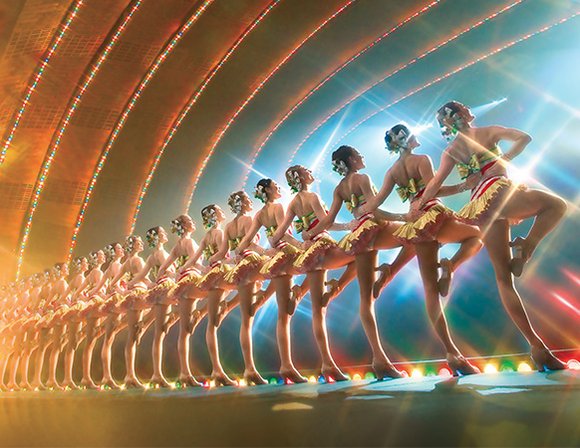 The holidays are upon us once again, and hopefully this will be a season filled with joy. One marvelous way to usher it in is by going to see “The Radio City Christmas Spectacular” at Radio City Music Hall, located at West 50th Street and the Avenue of the Americas.

Every year, my daughters and I look forward to this production bringing out the warmth and love of the upcoming holiday season, and we haven’t been disappointed yet. The “Radio City Christmas Spectacular” is absolutely amazing.

It is so much fun to go with Santa on the 3D sleigh ride as he flies to New York City, then to see the Rockettes in their dazzling costumes and watch them precisely perform their synchronized dance moves in “The Twelve Days of Christmas.”

There is no competition in my mind: “The Nutcracker” is one of my most favorite moments in the show. I love watching the little girl dance ballet with the animals. “The Parade of the Wooden Soldiers” is also a delightful number.

It’s funny; this year, it seemed like there were a lot of people around me who were experiencing the show for the first time, and it was so nice to hear their appreciative reactions and their laughter to moments like when the cannon goes off and the soldiers fall back, locking arms one by one until they hit a big pillow. It’s phenomenal when you consider how timeless these numbers are.

There is such excitement when the orchestra starts playing the music to “New York at Christmas.” Everything about this number is eye-catching and spirit-lifting. Looking at the scene in the department store with the little girl, her mother and Santa, one gets a warm feeling. In the next scene, it is so adorable to see multiple Santas singing, dancing and ringing bells while demonstrating how Santa can be in so many places at one time. I love the fact that in the department store scene, the featured characters of Kayla and her mother are played by African-Americans. I see that it’s the same actresses who played the roles in the past. They are also part of the other scenes, traveling with Santa to the North Pole and playing a video game together that he specially makes for them. The best part about the video game was that mother and daughter got to have fun playing together.

This year, they added a new number called “Snow,” and it is breathtakingly beautiful. There is amazing singing, glittery costumes and wonderful dancing. This production touches on so many things that people think of during the holiday season. You feel goodwill toward your fellow man, you want to make a child’s dreams come true and you also want to pay homage to the reason for the season by acknowledging the birth of Christ. Every year I absolutely love “The Living Nativity,” which has Kayla and her mother on stage again, but this time at home sharing the story of the birth of Christ.

The spectacular ends with “Joy to the World,” and believe me, you will feel it.

Every year I look to seeing how many African-American Rockettes are on stage, and I am happy to say that I saw five, and they were prominently shown on stage. It is so great to see us get a chance to be part of a show business tradition.

“The Radio City Christmas Spectacular” leaves your spirits soaring, and this is something it has been doing for over 75 years. The show runs through Dec. 30.