Ring in the holidays with ‘Life With La Toya’ 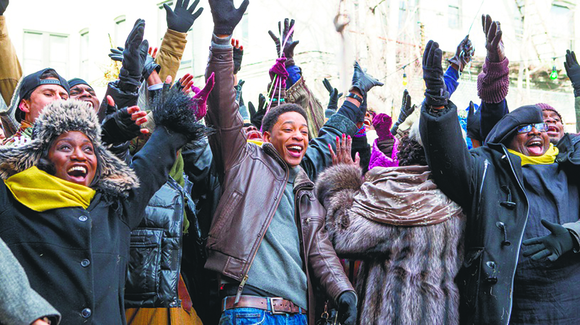 According to Women's Wear Daily, the event to kick off “A New York Holiday,” the collaboration between Barneys New York and Shawn “Jay Z” Carter, has been canceled. The party, which Barneys was sponsoring at an off-site location Nov. 20, was expected to be a fundraiser for the Shawn Carter Foundation. The cancelation comes amid controversy over Jay Z’s collaboration with Barneys and allegations of racial profiling against the retailer, as well as against Macy’s Inc.

NeNe Leakes was hospitalized on Nov. 18 for an undisclosed illness. The “Real Housewives of Atlanta” star sent out a tweet that indicated she was suffering from that pesky celebrity disease, dehydration. Leakes also tweeted a photo of herself out in a hospital bed wearing a blue hospital gown with a white blanket covering her chest, although her head wasn’t visible.

Jacob Latimore, co-star of the Fox Searchlight Pictures film “Black Nativity,” got the people of Harlem together in the holiday spirit of love, family and community on Monday, Nov. 18. His visit kicked off with a heart-warming message of hope and faith to the students of Harlem Village Academies High School, followed by a commencement of Harlem United’s winter clothing drive. Community members can stop by and donate new blankets, gloves, scarves, hats and coats for men, women and children. Jacob donated a set of “Black Nativity” blankets to the homeless shelter.

Growing up, La Toya Jackson was raised in a household  where most holidays were not celebrated, but those days are behind her, and this year, Jackson is feeling the holiday spirit like never before! In the all-new holiday special “Life With La Toya: A Jolly Jackson Christmas!” premiering on OWN on Saturday, Nov. 23 at 8:30 p.m. ET/PT, Jackson and her business partner Jeffre visit their pal Brenda Richie to wrap gifts, sample eggnog and reminisce about Jackson’s magical and monumental year.

Actor Morris Chestnut will be the American Black Film Festival’s (ABFF) 2014 celebrity ambassador, and author-producer Tonya Lewis Lee will be its host committee chair. The 18th annual festival will be held June 19-22, 2014, in New York City. The ABFF is a four-day event dedicated to showcasing quality films by and about people of African descent.