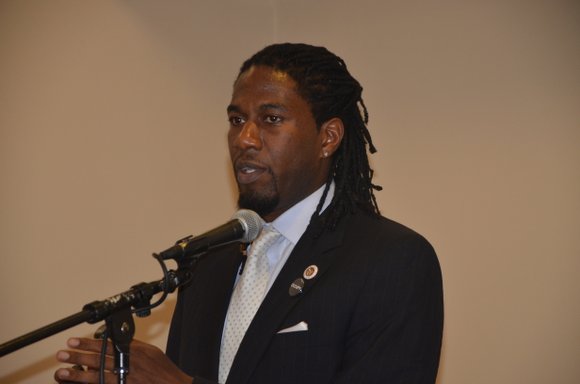 After 12 years of treating New York City like an unattainable luxury item, many progressive New Yorkers are looking forward to the end of Michael Bloomberg’s reign. Despite some the good things he’s done for this city, many residents felt left out of the equation. Bill de Blasio’s victory on election night signaled to them a change in how City Hall will think when it comes to the working and middle class.

But de Blasio’s victory wasn’t the only one worth celebrating if you were affiliated with the Working Families Party (WFP). The WFP scored three major citywide victories with de Blasio’s election triumph, Letitia James’ public advocate victory and Scott Stringer’s comptroller win. The trio make up the most progressive New York City government in 20 years, but the party’s victories didn’t stop there, with 12 members of the New York City Council affiliated with the WFP, including Jumaane Williams, and Ken Thompson being elected Brooklyn’s district attorney, defeating longtime incumbent Charles Hynes.

New York Director for the WFP Bill Lipton told the AmNews that the working class and middle class are finally represented in City Hall.

“Finally, we have a voice for everyone, not just the wealthy and well-connected,” said Lipton in a statement. “Working families in all five boroughs agreed with our candidates in this year’s election—we need a city built on fairness.”

The WFP, along with the Progressive Caucus in the New York City Council, hammered away at two major issues that were opposed or stalled by Bloomberg and Council Speaker Christine Quinn: ending stop-and-frisk and installing paid sick leave. Both bills eventually passed—although elements of the Community Safety Act are being fought over in court. Just like the massive victory on election night, it took years to build and grow to this point.

Getting right to work in New York City after its founding in 1998, James was elected to the City Council as a WFP candidate in 2003. The group started small and built a coalition that eventually translated to a grassroots power that much of the city ignored—something not lost on 32BJ SEIU President Hector Figueroa.

“Last week, we saw the fruits of that labor with a progressive sweep in the city elections,” said Figueroa in a statement. “The victories didn’t come out of thin air, and they didn’t come because of money spent or political gimmicks. The base was built over a period of years, by listening to the concerns of working families and supporting candidates who heard those concerns and proposed concrete solutions.”

City Council Member Williams worked as a community organizer and ran in the same circles as WFP members before he decided to run—successfully—for election in 2009 on their ticket. He praised the party for thinking for the long haul and not acting impulsively.

“The Working Families Party played the long game, and that long game has come to fruition,” Williams told the AmNews. “It wasn’t gonna be overnight and happen in one election. I think they knew that from the beginning and planned that way.

“Progressive issues and leadership, when it comes to electoral politics, can’t be denied and can’t be taken for granted in New York City,” said Williams.

Although a WFP spokesperson told the AmNews that all affiliated elected officials are aligned on what they want to get done at City Hall starting Jan. 1, Williams hopes that everyone takes their time and works smart to see the vision through—especially with all progressive eyes on them.

“For me, it’s particularly important that we understand the amount of responsibility that’s on us,” said Williams. “The entire country is looking at New York City, and we can’t just start doing everything that we have thought of. We have to move methodically and with a lot of thought.

“It has to work,” Williams continued. “You don’t get another opportunity for a couple of cycles, if that. We can’t afford for it not to work, because we are correct and right on the issues.