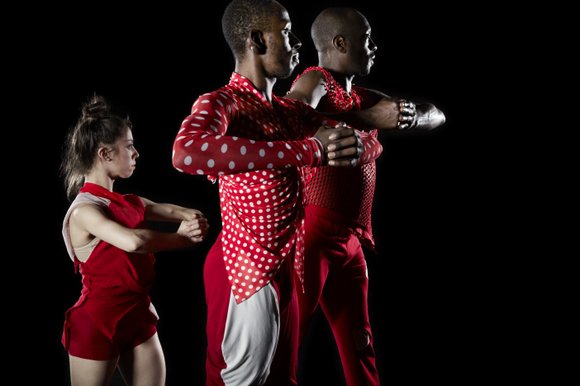 After Reggie Wilson’s acclaimed 2009 work “The Good Dance—Dakar with Andreya Ouamba” premiered, folks wanted to know what was next, but he himself didn’t know.

“I was kind of finished and didn’t have any new sparks … I spent every ounce of money, creativity and diplomacy to get this thing up, so whatever [would] come next [would] come,” he said.

Not too long after, things began to happen. Elise Bernhardt, executive director of the National Foundation for Jewish Culture, invited him to be part of a residency with local artists in Israel. He said OK. Then, when company member Ann Schon found out that he was going to Israel and that he was reading Zora Neal Hurston’s “Moses, Man of the Mountain,” she directed him to her uncle, a Moses scholar. On top of that, his relationship with Ohad Naharin—an Israeli choreographer and artistic director of Batsheva Dance Company, with whom he danced in New York—was not finished. He laughed and said, “I had ongoing connections with Israel … [and] ... the universe was saying, ‘You need to go back and resolve some things.’” He went.

Shon’s uncle, professor Avigdor Shinan, greeted Wilson with the now memorable line, “Show me your Moses and I’ll tell you who you are.” Shinan’s words are just one of the many pieces that would frame “Moses(es),” Wilson’s new work for his Fist & Heel Performance Group, as part of BAM’s Next Wave Festival, Dec. 4-7. For starters, Wilson and Susan Manning, the dramaturge for “Moses(es),” called this confluence of words, ideas and research “clusters.” In all, there are four clusters: Hurston’s book; Wilson as a dancer with Naharin; Zar, the Nubian song–and–dance ritual that historically holds women in high esteem and is used as a healing rite; and finally, the rich history of Nubia—the homeland of Africa’s earliest Black culture. Wilson exclaimed, “My head was going around and around.”

Nevertheless, the clusters needed attention, so while in Israel, he looked to Hurston’s book to keep him grounded. He considered his relationship with Naharin, met and worked with various African immigrants during his stay in Israel and also traveled to Egypt. All this kept confirming his ongoing research on African culture. “I wasn’t making a piece about Moses then, but thought, ‘Let me see what this does.’”

Questions followed: “Do Egyptians see themselves as Black?” “What is the relationship between ancient Nubia and ancient Egypt?” “How come everybody in the Bible had to go to Egypt?”

“I had questions surrounding the Red Sea, and here I am, back to Moses again.” Still, he insists, “The piece is not a telling of the Moses story, but about the things that came up while thinking about Zora’s retelling of the story. How [for example] did she balance scholarship and artistry?”

Wilson’s “Moses(es)” brings the clusters together through movement and music. In the movement, Wilson offers, “a really fun … section that we call ‘the wondering’ is done to a spiritual Baptist hymn, and it started with material that I remembered from Ohad’s choreography. We took away the step, took the spatial idea of organizing and kept making different scales … layering where I’ve taken things from, changing them and seeing their relationship to each other.”

The relationship of the music and the sound are also intrinsic to the structure; they are interactive. And not unlike his past works, live sound is layered on top of prerecorded music, made-up folk songs, and then all that is “layered on top of each other to create something new,” said Wilson.

When asked what he thought Hurston would say if she was in the audience watching, with a sigh he said, “Oh, this is just beautiful.”