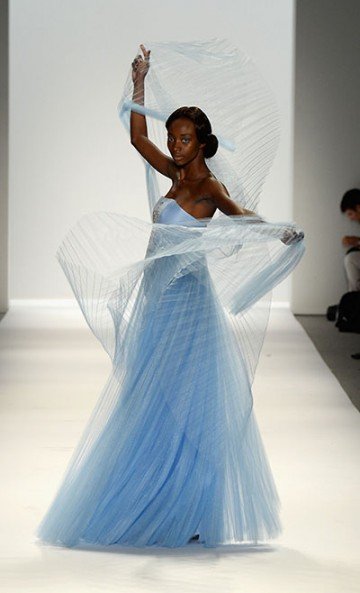 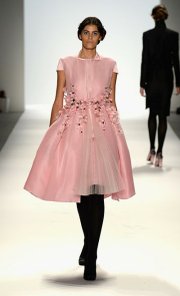 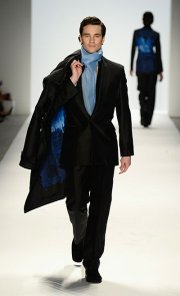 Zang Toi’s spring ’14 collection is simply stunning. His collection is reminiscent of the glamorous Hollywood gowns of the ’40s and ’50s. The colors in the collection are breathtaking. (Think about the gowns worn by Greta Garbo and Loretta Young.) Toi was recently given the title of “datuk” by the king of Malaysia, Abdul Halim Mu’adzam Shah. His collection was inspired by his love for travel and fine living.

Born and raised in a small village in Kelantan, Malaysia, to a grocer, Toi was the youngest of seven children. Toi arrived in New York at the age of 18, and he began studying at Parsons the New School of Design. Soon after, he opened his atelier and began receiving numerous awards.

His shows are always a sweet surprise. He often caters to the world’s fashion elite, and he has dressed stars such as Patti LaBelle, Ivana Trump, Sharon Stone, Gong Li, Eva Longoria and Fergie of the Black Eyed Peas. He is also an established name in the world of haute couture. His clothes are timeless and uncompromising. His clothes pamper women with elegance and glamour.

Prabal Gurung, another young designer who’s making headlines, launched his first collection during New York’s spring ’13 Fashion Week. Born in Singapore and raised in Kathmandu, Nepal, Gurung started his career in New Delhi. Since the launch of his collection, Gurung has dressed leading ladies such as first lady Michelle Obama, Oprah Winfrey and Demi Moore, just to name a few.

He has performed stints with Donna Karan while attending Parsons the New School of Design. He was also a design director at Bill Blass and left to launch his own label, Prabal Gurung. Look out for this young designer.