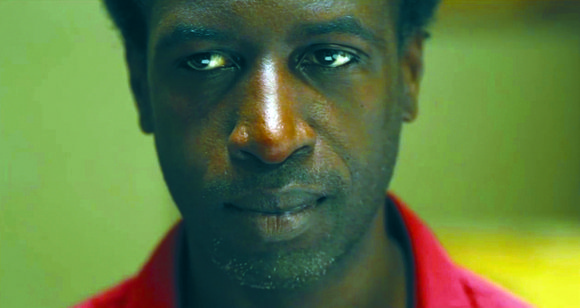 What if you woke up one day knowing that you only had 24 hours to live? That is the situation one man must grapple with in the award-winning film “Tey.” Starring musician and spoken word artist Saul Williams and directed by Alain Gomis, the film is a beautifully shot meditation on what we value in our lives.

“Tey” is a French language film with English subtitles, which some might find off-putting at first, but the story is very engaging and easy to follow. In fact, the main character, Satche, played by Saul Williams, has few lines. Rather than spending his last day on earth talking, he chooses to listen and observe and experience instead. The film follows Satche as he visits friends, family, elders and even an ex-girlfriend. As one might imagine, not all of Satche’s last encounters are positive ones.

In an exclusive interview with the AmNews, director and screenplay writer Gomis explained how he came up with the concept of a man having just one day to live. “It was just an idea that came to me. It’s similar to music. It’s like a melody. I heard the story in my mind. I wanted to talk about finding serenity, celebrating life. This guy will meet his last day. What would you do with your last 24 hours?” asked Gomis.

Williams was the star of the critically acclaimed documentary “Slam,” but “Tey” is his first time on the big screen as someone other than himself. He proves to be more than capable as an actor. He spent a month living in Senegal to prepare for the role.

“I’ve been a fan of Saul’s for quite some time, but when I was writing this screenplay, I saw this one picture of him online, and I knew he was Satche,” said Gomis. “He had a very powerful gaze, and with the character being mostly silent throughout the film, I needed someone who could be expressive in that way.”

“Tey” is showing at MIST Harlem through Oct. 13. For ticket information, visit www.myimagestudios.com.