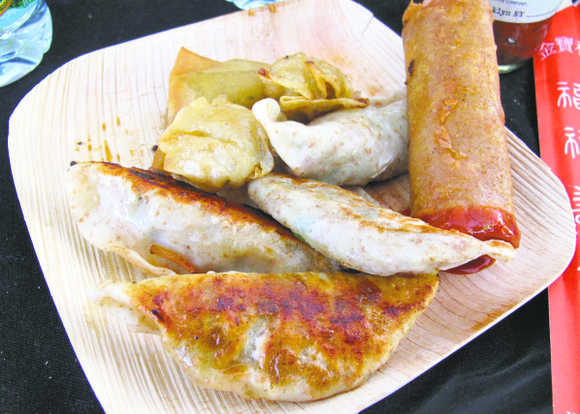 Who doesn’t love a dumpling? Just the name alone means a person or thing is something adored and something endearing with something good inside. So when Tang’s Natural NYC Annual Dumpling Festival happens, you go!

There, on East Houston and Bowery in the Sara D. Roosevelt Park, dumpling lovers converged for little satchels of goodness from around the world. Guests queued up for dumplings from China, Japan, Jamaica and Spain. Oh, the lines were long, but there were smiles all around with the anticipation of what they would taste.

As part of the day, competitive eaters from across the country and nearby battled belly-a-belly at the 10th annual Chef One Dumpling Eating Contest. One would think this a man-dominated world, but in a serious upset, it was a woman who beat the existing record of 74 dumplings in two minutes by 16 dumplings!

Congratulations to the winners: Women’s Division

Tang’s Natural CEO Terry Tang is proud to present this annual tribute to dumpling diversity to the city. “Our hope is that we enlighten people as to new ways to eat healthy without sacrificing taste!” said Tang.

That you have done, Terry! Kudos to you! Thank you and see you next year!