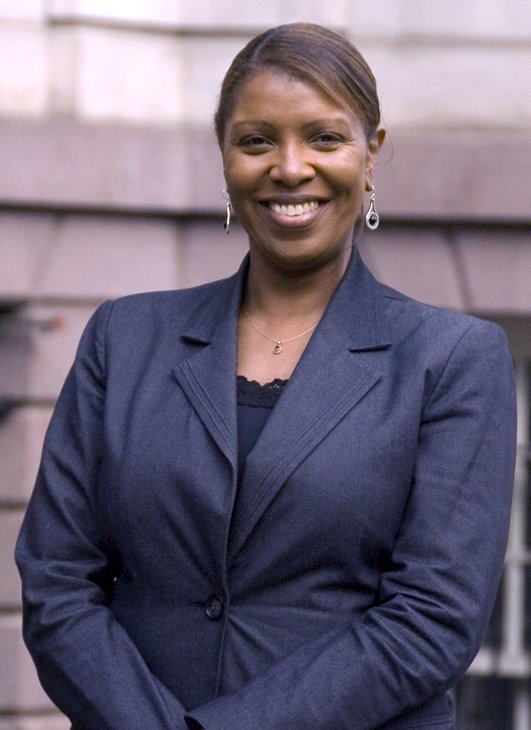 Just weeks ago, Letitia “Tish” James was elected the Democratic candidate in the race for public advocate. Her election was historic, and if she wins the primary, James will become New York’s first Black female citywide elected official.

While James is almost certain to win in November, she is still feeling the effects of making history. Nonetheless, she said that she wants to transform the public advocate’s office and focus on public advocacy. With a roadmap of how she is going to win the general election, she said in a recent interview with AmNews that she’s ready to take the reigns as the city’s next public advocate.

“When I won the primary, it was an overwhelming feeling,” she said. “I thought of my parents and the countless women whose shoulders I stand on. It was history-making, but what’s also history-making is the growing income equality and poverty in New York. That’s more historic and significant at this point.”

She’s also known Democratic mayoral candidate and frontrunner Bill de Blasio for years and has worked with him on several issues. Most recently, the two were the government faces during the preventative closing of Long Island College Hospital. She said the two have disagreed in the past but are still allies.

As for the public advocate’s office itself, critics have recently said there is no need for the office, with many New Yorkers admitting they are not sure what the public advocate even does. While serving as a watchdog for the city government, James said that Mayor Michael Bloomberg has even voiced his support of the abolition of the seat.

“He’s argued that the office should be abolished and that the media provide checks and balances on the mayor, and I argued, ‘How could that possibly be, Mr. Mayor, when you own most of them?’ He is very out of touch with communities of color,” she said.

While she is considered a shoo-in for public advocate, there are two other candidates running against her: Green Party candidate Alex Merced and Socialist Worker candidate Deborah O. Liatos. James said that she is not taking them lightly. However, the hard part is over. James squared off against Ivy League-educated, privileged state Sen. Danial Squadron in a runoff, where she took over 40 percent of the vote. The race was filled with robo-calls that slandered her name and television appearances where she was verbally attacked. In the end, the voters decided what they wanted.

On the issue of education, James said that charter schools are a concern. While she does support them in freestanding buildings, it’s the forced colocations that concern her. James has supported some colocations when there have been collaborations when the building was underutilized.

As she heads to office, she takes with her many fights that she’s been in for years, most notably with the NYPD. She said that she is looking forward to reforms to the department, especially when it comes to stop-and-frisk. She wants current NYPD Capt. Phil Banks to become the city’s next commissioner.

“You have to compromise basic civil rights for basic security,” she said. “To violate the rights of individuals, particularly African-American and Latino men, it’s really unacceptable. The monitor plus reforming the practice should help. A new administration will have an effect on police.”

The Public advocate position would also put her first in line to succeed de Blasio should he not be able to fulfill his duties as mayor. Because the possibility is there and anything could happen, James said she’s prepared to be mayor if need be.

“I am prepared, and obviously, I have the experience,” she said. “If you recall, I led my district after the assassination of James Davis. I am prepared to move the city forward in the aftermath of any tragedy. I don’t think that will happen. I look forward to working with Bill de Blasio and completing this first term with Bill de Blasio.”