More Militarization and Protests at CCNY 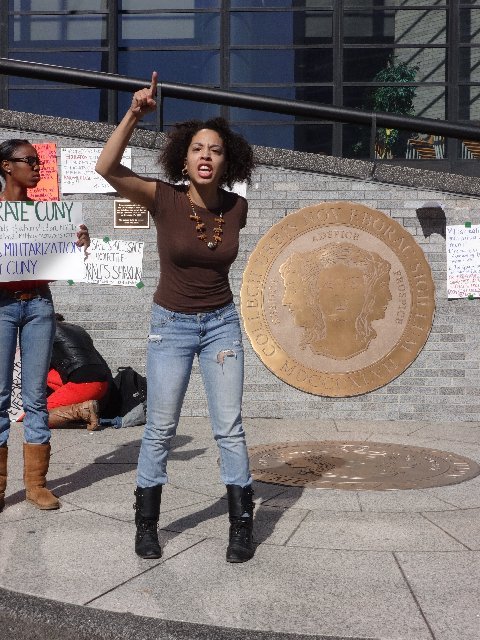 Students at City College of New York are in complete outrage. Last Saturday, over 150 CCNY students paraded the campus in protest about the recent shutdown of the campus student center known as “The Morales/Shakur Community Center.” For decades the popular student activist center was the core of political and social activism for students in the surrounding area. The community center consisted of 20 groups including, LGBT activists, Women’s Rights and student groups that used the space to organize meetings and campus related activities.

Located on the third floor of the CCNY North Academic Center, the community space was given to students in 1989 as part of a settlement, due to a student protest over a tuition hike. The college intends to use the space for an expansion, and is now known as the “Career and Professional Development Center.” CCNY has already renamed the Social Science Division “The Colin Powell Center for Leadership and Service.” Students were completely blinded sided by the situation when security and NYPD officers entered the room, removed its contents and locked down the entire building for safety purposes on Sunday evening. 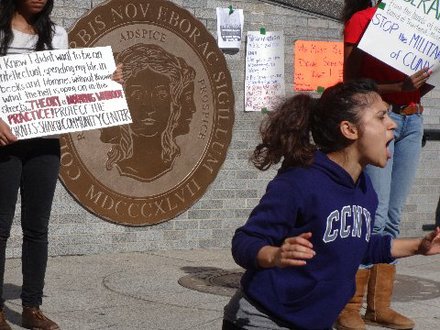 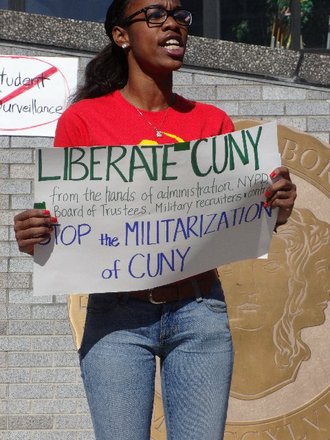 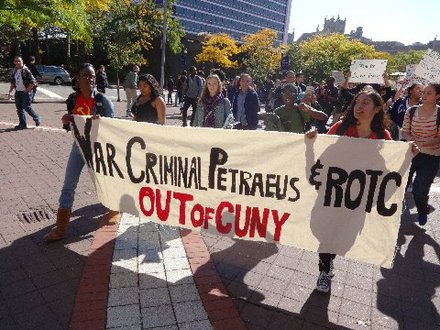 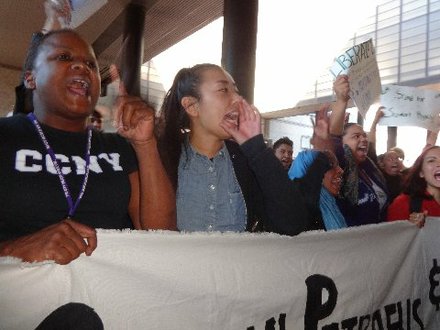 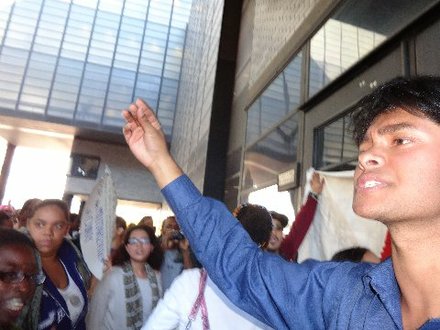 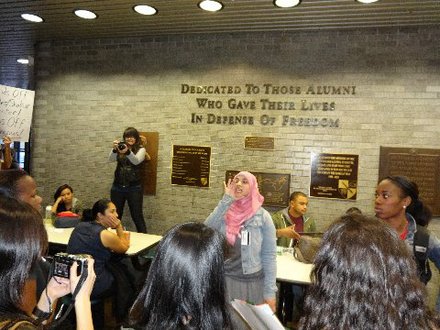 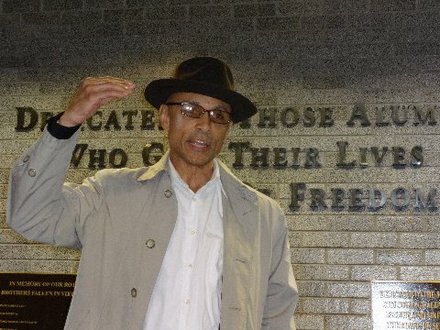 Professor at Hunter College (I believe) speaks in solidarity with student demands. He is also a Vietnam Vet

The door to the center, once painted red with a black bold fist is now a pale white sign that reads “Careers and Professional Development.” The aspect of that notion from administrators and officials shows a racial attack on the African American and Hispanic community of CCNY students.

The community center is named after 2 former CCNY prominent activists, Guillermo Morales; a Puerto Rican nationalist and Assata Shakur; a liberator who was said to be a member of the liberating Black Panther Party. There were no arrests made or reported during the protest. Students were already protesting throughout the week about the militarization of the campus, against former General David “Death Squad” Petraues. Petraeus now unfortunately teaches at CCNY, after his brief history of commanding troops in Iraq and a controversial scandal affair in November of 2012. This follows the arrest of 6 CUNY students who peacefully protested Petraeus’s teaching appointment. A press release from Students for Education Rights (SER) says, “The CUNY Board of Trustees plans to impose a policy broadly curtailing our right to politically assemble on CUNY campuses at their next meeting on November, 25th.”