Poet and critic James Emanuel passes at 92 in Paris 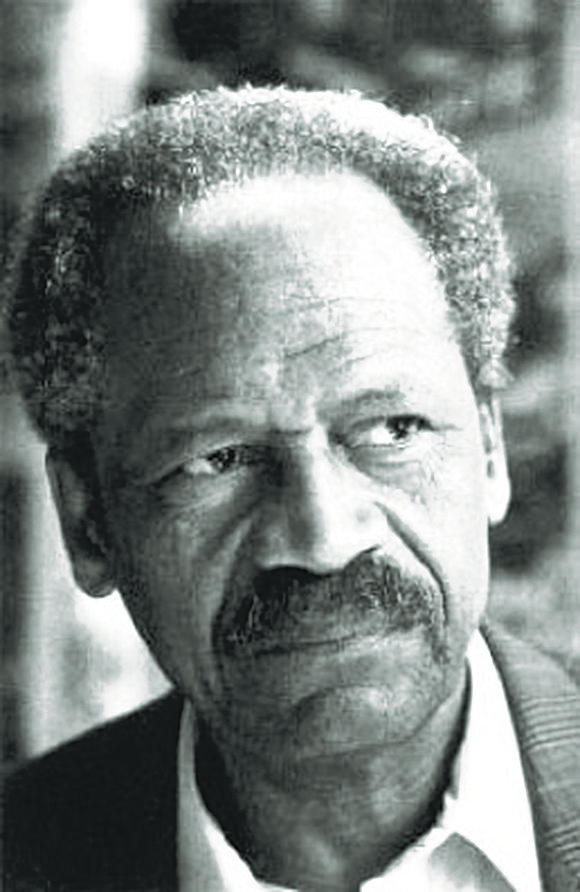 It is futile to search for James Emanuel in many of the so-called definitive anthologies of African-American literature. However, his absence there may be more a matter of geography than the talent he was blessed with and that he conveyed during his highly productive lifetime. Emanuel, 92, died Sept. 17 in Paris.

Despite a fair amount of success and recognition, Emanuel was increasingly frustrated with the prevalence of American racism, and by the early 1980s, he embarked for France, vowing never to return to America, where he was born in 1922 in Alliance, Neb.

He is perhaps best remembered in academic circles, particularly in New York City, for his teaching tenure from the late ’50s to the early ’80s at City College, where he taught the first classes in Black poetry. As in his subsequent literary studies and criticism, the works of Langston Hughes played a prominent role in his classrooms.

Emanuel is also widely noted for “Dark Symphony: Negro Literature in America,” co-edited with Theodore Gross, which for many years was a standard text in classrooms and among researchers before it was supplanted by the arrival of several compendiums in the ’70s.

His poetry first appeared to praise at Lotus Press, based in Detroit and founded by literary pioneer Naomi Madgett.

A cursory glance at his impressive resume reveals a man of intense interest and great energy in anything he did, from World War II, where he was the confidential secretary of Gen. Benjamin Davis, to earning a Ph.D. from Columbia University in 1962, to winning a Fulbright Fellowship in 1968. He would be a Fulbright fellow again in 1975 and began teaching in Europe.

He retired from teaching in 1984, but continued to write, including “Whole Grain,” a collection of his poetry with Lotus Press.

A better examination of his life can be contained in the boxes at the Library of Congress, and his correspondences are extensive, with practically every Black writer of any significance in the collection, i.e., Nikki Giovanni, Gwendolyn Brooks, Dudley Randall, Sonia Sanchez, Ossie Davis and Don L. Lee (Haki Madhubuti).

“He was one of the finest poets in our literary canon,” said Madhubuti, when reached at his home in Chicago. “I first met him when I was teaching at Howard University. From his analysis of Langston Hughes, I gathered a new level of appreciation of Hughes’ work.”

Madhubuti said Emanuel was a very unassuming writer and teacher, but “he was a nationalist, though he would never declare it; it was evident in his poetry.” He also noted Emanuel’s innovations, especially what he called a “jazz haiku.” One example appears in the obituary of him in The New York Times. He wrote: “Four letter word JAZZ: naughty, sexy, cerebral, but solarplexy.”

“He was succinct and influential,” Madhubuti concluded.