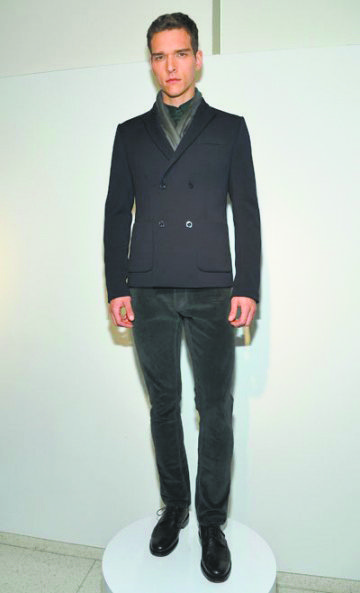 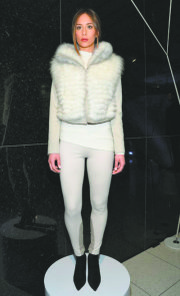 “Clothing should be quieter than the woman so that her beauty can shine through,” said Elie Tahari.

For fall 2013, shapes line the body. Pant legs are slimmer. Jackets are box-shaped. The silhouettes show off jackets and coats with defined shoulders over body-conscious dresses, skirts and pants. Skirts are tapered, going from short to long, depending upon the occasion. Tahari’s fall ’13 show featured many tailored looks, prints in muted colors and distinctive shapes. 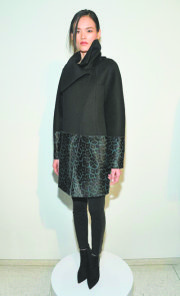 Tahari grew up in an Israeli orphanage and made his way to New York City with less than $100 in his pocket. In the ’70s, he moonlighted at a Greenwich Village boutique and was introduced to the fashion world. Back then, that era’s dazzling disco inspired his designs. He created flirty dance dresses, and his label was well received. With his boutique on Madison Avenue in 1974, he was able to create the clothes women wanted and needed in fashion before they even knew it. In the ’80s, he focused on the tailored suit. His designs redefined a decade.

Tahari’s menswear looks are popular. He also designs accessories, including handbags and shoes, and his expansion continues with men’s shirts, ties, leather accessories and the introduction of women’s jewelry.

For decades, women have been drawn to Tahari’s designs. His clientele loves his feminine designs in sensual fabrics with subtle textures and details. In his collection, he characterizes modern sophistication with his inspired looks of understated grace and elegance.

Today, Tahari runs a $500 million business, and he has a global presence in more than 40 countries, including 600 U.S. stores and free-standing boutiques.