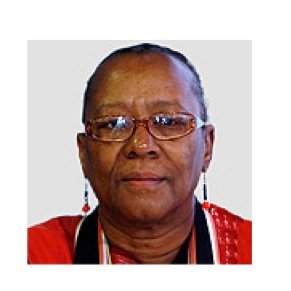 It looks like the Civil Rights Movement can welcome a new set of activists into the fold. Who are these new champions of reform? Perhaps a wide-eyed set of young adults, fresh out of college and yearning for any opportunity to make a difference and level the socioeconomic playing field? Not exactly. In this case, this new legion of freedom riders comes from an unexpected source: the construction industry.

Recently, the construction industry launched a new campaign in order to undo New York City’s “Scaffold Law.” The people pushing this agenda claim that the law unfairly disadvantages minority- and women-owned business enterprises (MWBEs), and that they are fighting on their behalf to free them from their oppression. In fact, the title of a recent City and State article, “The Shackles of the Scaffold Law,” goes so far as to suggest that this law is holding MWBEs in chains. Not so fast.

The Scaffold Law requires safety equipment and training for construction workers. Property owners and general contractors control the worksite and are in the best position to oversee safety. As a result, they are justifiably held responsible for providing all necessary equipment to workers on site, including “scaffolding, hoists, stays, ladders, slings, hangers, blocks, pulleys, braces, irons, ropes and other devices which shall be so constructed, placed and operated as to give proper protection to a person so employed.” The only chains I see are the ones fastening construction workers securely to the scaffolds they are working on—you know, so they don’t fall to their death.

The notion that opponents of the law claim that minority contractors lack the ability to defend themselves against the law is inherently racist on its face—and besides, the notion is not true. An owner or contractor cannot be held liable for accidents unless their failure to provide proper safety equipment caused the injury or fatality in question. Liability—and accidents, period—can be avoided simply by putting the proper safety equipment in place. If they can show in court that they did what they were supposed to, contractors and owners cannot be held liable.

Nobody questions that up-and-coming MWBEs face a crowded market and difficult environment as they seek to establish themselves. But the Scaffold Law is not to blame. The law creates a strong incentive for contractors and owners to do the right thing. Dissenters decry that New York is the only state with such an unjust law. Well, as a result of this so-called unjust law, New York had the nation’s fifth lowest construction injury rate from 2000 to 2010—and that’s no accident, pun intended.

An unseen player in all of this is the insurance industry, which has a history of undercutting insurance claims, especially those made by minorities. Many construction workers are Black and Latino. The Scaffold Law prevents them from being exploited by insurance companies trying to cut costs. Once again, the insurance industry wants to reduce liability so that it doesn’t have to dole out medical payments to minorities injured on the job.

Let’s cut to brass tacks. The jokers in the construction and insurance industry that are trying to undo this law only have one thing in mind: their bottom line. The blatant effort to use minority- and women-owned construction firms against this law is laughable, given the industry’s decade-long lobbying effort to rewrite the law. After years of failure after failure to get rid of this law, they have run out of options and are hijacking civil rights as their last resort. They’re convinced they’ve found a new angle to run with by spotlighting MWBEs. What they don’t realize (or refuse to admit) is that loosened standards would actually put small MWBEs (and the minority workers they employ) at greater risk.

Minority- and women-owned construction firms already face extra scrutiny as to whether they can effectively meet all the regulatory requirements. One serious accident could undermine both their licensing from the state as well as the confidence of potential clients who want accident-free, on-time projects. A bad accident is much more likely to ruin a small firm’s future business prospects than sensible regulatory requirements.

Hey, you in the construction and insurance industries, the next time you want to use civil rights to boost your profits, be a little more discreet about it, because your latest attempt is as transparent as the windows you are hired to install.