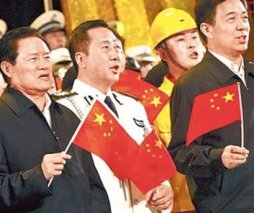 Sep. 3 (GIN) – A Chinese oil giant with several polluting investments throughout Africa has been targeted in a sweeping anti-corruption drive in China. Four senior managers have already been detained in the investigation.

Wang Youngchun, vice president of the China National Petroleum Corporation (CNPC), is being questioned by Beijing for “gross violations of party discipline,” a standard euphemism for corruption.

Three other CNPC executives were named the next day and resigned from their posts for “personal reasons.” The four men are said to be facing questions about the award of oil exploration projects.

At the same time, the CNPC has come under a cloud in Africa for operations linked to environmental devastation. The government of Chad recently suspended all CNPC crude oil drilling operations. Chad’s oil minister, Djerassem Le Bemadjiel called a spill which poisoned many trees “intolerable”.

"Not only do they not have facilities to clean spilled crude, there were also intentional spillages in order reduce costs," the minister said. Such violations are a crime, he said, adding: "In the oil sector you don't do this." Le Bemadjiel said CNPC dug trenches and dumped crude without safeguards and then demanded that local Chadian workers remove the crude without giving them protective gear.

Also reviewing its China contract is Gabon. In July, Gabon withdrew the right of Addax Petroleum, a subsidiary of Sinopec, to exploit an oilfield citing "bad management", "instances of corruption," "shortfalls in the respect of the environment" and dodging taxes on oil exports.

The move appears to be part of a new initiative allowing Gabon to own some of its natural resources and give jobs to Gabonese sub-contractors. President Ali Bongo Ondimba said the new state-run Gabon Oil Company should enable the state "to have mastery over the whole chain in the oil industry, from prospection to production, even to marketing."

The “bad old days,” when foreign nationals called the tune, may be ending, said one oil official. "We're not saying that contracts are too favorable to oil companies, but that unfortunately the benefit to the Gabonese economy is too slim and that (the rules) have rarely been applied," Minister Etienne Ngoubou said.

Other countries with Chinese oil deals include Angola, Mozambique, Niger, Equatorial Guinea, and the Republic of Congo. While Chinese interests in Africa have surged, Western states still make the vast majority of investments in Africa and remain highly influential. w/pix of Chinese oil directors