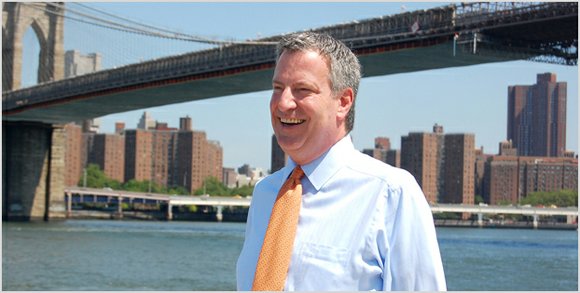 With just days left before the primary, the polls are pointing in various directions as to who will win. However, what many experts simply call a “snapshot” in time is certainly swaying voters.

This compares to results of an Aug. 28 survey conducted by the independent Quinnipiac University, which showed de Blasio at 36 percent, with 21 percent for Quinn, 20 percent for Thompson, 8 percent for Weiner and 6 percent for Liu.

When breaking down the poll by demographics, Black voters go 47 percent for de Blasio, 25 percent for Thompson and 6 percent for Quinn.

“Can Public Advocate Bill de Blasio keep his surge going for seven more days? If he does, his first contribution could be to the New York City budget—saving the expense of a runoff election,” said Maurice Carroll, director of the Quinnipiac University Polling Institute. With his liberal platform, de Blasio would be a tempting target for Joseph Lhota and the Republicans, if the race works out that way.

In a statement on Tuesday, the same day as the final Democratic debate, de Blasio’s camp said his favorable poll numbers are the result of New Yorkers’ yearning for change.

However, many of the other candidates say the polls are inaccurate and that they are actually the frontrunners. Both Williams and Liu have gone on record as saying they don’t feel the polls are questioning their support bases.

“The number of inconsistencies, the number of flip-flops, the number of things that he’s doing that suit him when it’s politically expedient for him, and it is disappointing,” Thompson reportedly said last week. Liu has said on several platforms that the Asian community, which he says is his strongest support base, is not being polled at all. He’s consistently been last but believes the numbers for him are much stronger.

“If you look at these polls, they are only broken down by Black, Hispanic and white voters,” Liu said in one report. “The Asian-American population makes up 13 percent of New York and they are not being counted. There are 12 languages and dialects that make up this community, so it is impossible for pollsters to gauge this properly. I expect about 90 percent of the Asian vote, so when you take that into consideration, it puts me much higher in the polls.”

According to experts at Quinnipiac, polls are based on a random sample of adults, 18 years of age and older. A random sample is one in which everyone in the population has an equal chance of being selected.

Poll results are based on self-identified registered voters, rather than all adults, because polls focus on politics and elections. Screen questions are used to determine likely voters, and gender, age, education, race and region are the demographics that are weighted to reflect census information.