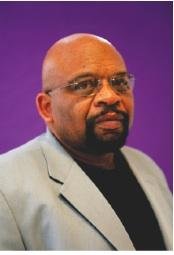 We at 1199SEIU count as friends most of the New York City’s Democratic candidates for mayor. None, however, have stood with us as consistently and steadfastly as Bill de Blasio. His friendship with us is a reflection of his commitment to tackle head-on the rising inequality that is transforming New York into a playground for the rich that is out of reach for working people and the poor.

Under 20 years of Republican administrations, New York has become a tale of two cities. The gap between the rich and poor in our city is one of the widest not just in our nation, but also in the world. Mayor Michael Bloomberg’s 12-year tenure was not without some accomplishments. We supported, for example, his efforts to “green” our environment, to reduce childhood obesity and to curb illegal firearms. But far too often, the mayor acted like the elitist businessman and 10th richest American that he is, callously dismissing the needs and concerns of working New Yorkers.

Case in point: Not a single one of the city’s 152 public unions has a contract. The cost of rent and housing has risen to obscene levels. Nor have the mayor’s education and policing policies served our youth well. De Blasio, on the other hand, proposes creative, wide-ranging educational programs from pre-K through college. He has also been an early and consistent critic of the NYPD’s discriminatory and degrading stop-and-frisk program.

Among the mayoral candidates, De Blasio’s record on social justice issues is second to none. From his days when he worked with 1199ers on David Dinkins’ successful 1989 mayoral campaign to today as public advocate, he has stood with the common man and woman of our city. He has marched with us for the rights of women, immigrants, people of color, seniors, people with disabilities, the LGBT community and youth.

When our union’s executive council announced our endorsement of de Blasio back in May, we highlighted his economic platform, which would tax the rich to provide much-needed funds for our children’s education. De Blasio’s economic policies speak to the growing consciousness and anger in our city and nation against corporate excesses and greed. Two years ago, the Occupy movement turned our nation’s attention to economic inequality.

President Obama reminded us in his Aug. 28 commemoration speech of the 1963 March on Washington that the purpose of that march, “Jobs and Justice,” is equally relevant today. Economic inequality was also a major theme of the Aug. 24 commemoration of the 1963 march.

De Blasio not only stands with us for economic justice; he is the rare elected official who is willing to back up his pronouncements with action. He was arrested in July with 1199ers, members of the New York State Nurses Association and community residents to prevent Interfaith and Long Island College (LICH) hospitals from closing. His act of conscience was in service of the New York City he envisions. That is a city in which the State University of New York (SUNY), LICH’s owner, is forced to put the well-being of Brooklyn’s Cobble Hill residents over those of real estate developers who seek to buy the land the hospital sits on.

LICH registered nurse Roslyn Blackman put it well: “SUNY has been dishonest. It wants to move in people who can afford luxury condos. That means it’s up to us to stick up for the community.”

1199ers and working people are the community. We are consumers with children in our schools and loved ones in our hospitals and nursing homes. We ride the subways and buses, and we shop in the department stores and supermarkets. We demand a city that welcomes all its residents, not just the wealthy.

“I’m a single mother with two children in college,” said 1199er Idalis Oquendo, who was born and raised in Bedford-Stuyvesant and has worked in Interfaith Hospital’s payroll department for the last 29 years. “I don’t know what people would do if Interfaith closes. I know a lot of elderly people who would have no place to go.”

Like Blackman, Idalis, together with her sisters and brothers in 1199 and the community, is fighting to keep Interfaith open. “I’m supporting Bill de Blasio because he’s been there for us faithfully and from the beginning,” she said.

We will be working for and standing with Bill de Blasio on Primary Election Day, Sept. 10. That’s when we’ll begin to close the chapter of a tale of two cities.