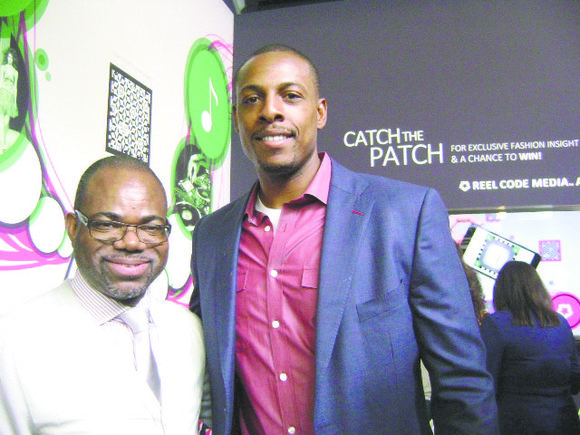 As one of the official sponsors of Mercedes-Benz Fashion Week, Reel Code Media creates a fashion furor at Lincoln Center. It is an app that lets you access multiple interactive media channels within a single image. It allows you to make the most of your mobile device by scanning an image and accessing the embedded content in each corner, which could be a video, web store, product information, store location, coupon, promotion or your business. This app is currently available for Android devices at the Google Play store and Apple devices on iTunes.

Invented by Isaac Daniel, a scientist, entrepreneur and CEO, this is a major high-tech product. Throughout the Mercedes-Benz Fashion Week, 92 designers were using Reel Code technology to showcase their behind-the-scenes footage and music for the show’s DJs. Not only did Reel Code Media sponsor designer Malan Breton’s show, they also hosted their own booth right next to American Express in the tent at Lincoln Center.

During Fashion Week, three major NBA All Stars—Tyson Chandler, Paul Pierce and Jason Kidd—appeared at Fashion Week to help people “catch the patch” in a campaign to help folks use this technology on-site. The Reel Code patches were distributed at the show, and folks were downloading the app on their smartphones.

It was so exciting to actually meet a Black inventor up close. He has a wonderful smile and personality. Born in England, Daniel has a passion for technology. His innovations have been featured in numerous television broadcasts and print media in the U.S. and worldwide. A visionary, Daniel’s extraordinary achievements earned him the South Florida Innovative Award in 2007. His leading geo-positioning products can be used to connect people worldwide. They have been integrated for use in social media, workforce management and public safety and has many other industry-specific applications. The original inventor of GPS-embedded shoes, Daniels has created multiple products. He’s a genius.