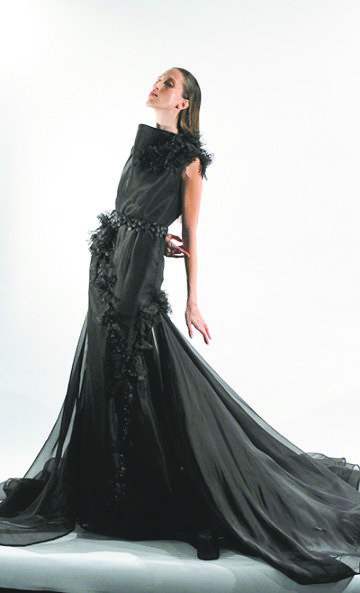 The shows started with a twist of gossip. David Tiale opened the shows this season. However, the day before, People’s Republic PR sent an email blast to all editors that stated they were canceling participation in the Tiale show due to non-payment.

It’s the first time anything has been published about payment for services about any designer, and being that Taile is a Black South African, the tale didn’t go over very well. Of course, the show went on without a hitch at the Mercedes-Benz Box venue. The clothes were absolutely stunning, and the conversation was over.

Since the launch of his brand nine years ago, Tiale has showcased his inimitable designs at several premium international fashion week platforms. He received the Arise Africa Fashion Awards during the magazine’s debut at Mercedes-Benz Fashion Week in 2011. At Nelson Mandela’s 92nd birthday celebration, Tiale sent 92 models down the ramp at a festive fashion show. It’s a tough business, but this designer has what it takes to make it big. Look out for him. Good Show!

Another showstopping designer, Malan Breton, from Taipei, Taiwan, presented a fabulous collection at the Box. His show was sponsored by Reel Code Media and was filled to capacity. A designer since the age of 11, Breton’s fashions are featured globally in signature silks. He’s known for men’s blazers, one of his most sought after lines. Breton shows off his knowledge of men’s wear construction. He was mentored by Arnold Scaasi, who taught him how to make glamorous gowns for women. He has dressed A-line stars like Kerry Washington, Keith Carradine, Scarlett Johansson and others. He has also lent his expertise in the industry to “Project Runway,” “Australia’s Next Top Model,” the “Today” show, Smithsonian Cooper-Hewitt, Princeton University, Dallas Morning News, Bravo TV, MTV’s Music Awards and CBS News.

His spring 2014 collection is amazing. For men, his suits are impeccably tailored with fitted three-button jacket suits in blue and red. For women, his elegant evening gowns are enhanced with delicate details. At the show, there was a talented opera singer performing live. Nets basketball champion Paul Pierce was also in the house as a guest of the sponsor.