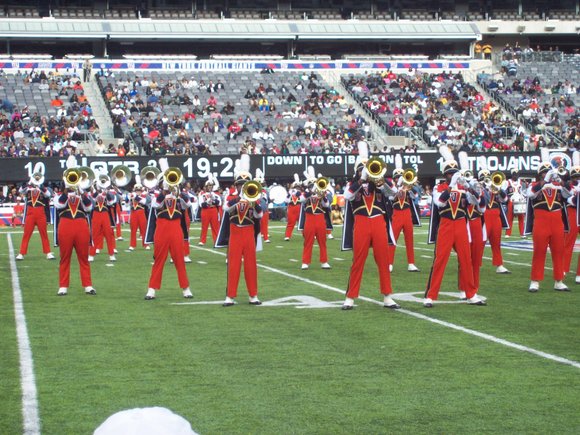 This Benedict College Tigers from South Carolina beat the Virginia State University Trojans 30 to 14. Along with the game, spectators enjoyed tailgating, vendors and the Battle of the Bands at halftime featuring rappers Special Ed, Slick Rick and Rob Base.

NYUL President and CEO Arva Rice said, “We are thrilled to partner with these two schools not only on the football game, but also on our efforts to encourage more students of colors’ interest in Science, Technology , Engineering and Math (STEM). ”

Last year's game was canceled due the aftermath of Hurricane Sandy.