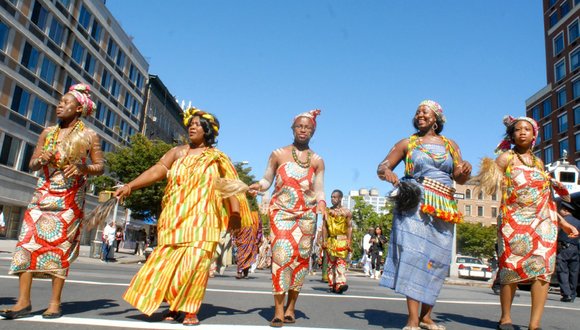 With just enough time to recover from the West Indian Day Parade that rocked Brooklyn, the African Diaspora travels uptown to Harlem this Sunday afternoon for the annual African Day Parade and Festival, the seventh of its kind since it began in 2007.

Featuring a host of dancers, musicians, artists and proud members of the African continent and beyond, the African Day Parade promises to be both a celebration of the Black community’s rich cultural offerings, as well as a celebration of the unity among Africans all over the world. The parade itself will begin on Sept. 22 at noon at 135th Street and Lenox Avenue, and will culminate in Marcus Garvey Park for the festival at 4 p.m.

The theme of this year’s parade is “Our Communities. Our Progress. Our Unity.” According to parade founder Mamadou Kone, those in attendance can expect a rich diversity of African and Diasporic representations.

“The parade is not only a parade for African people. It is open for all people of African descent,” he said. “We are encouraging all the African descents to be part of this parade because we are showcasing our culture, and we think that the motherland is Africa.”

“This is the kind of city that attracts this kind of talent, genius and diversity, and it resonates beyond Harlem to many other communities,” said Perkins.