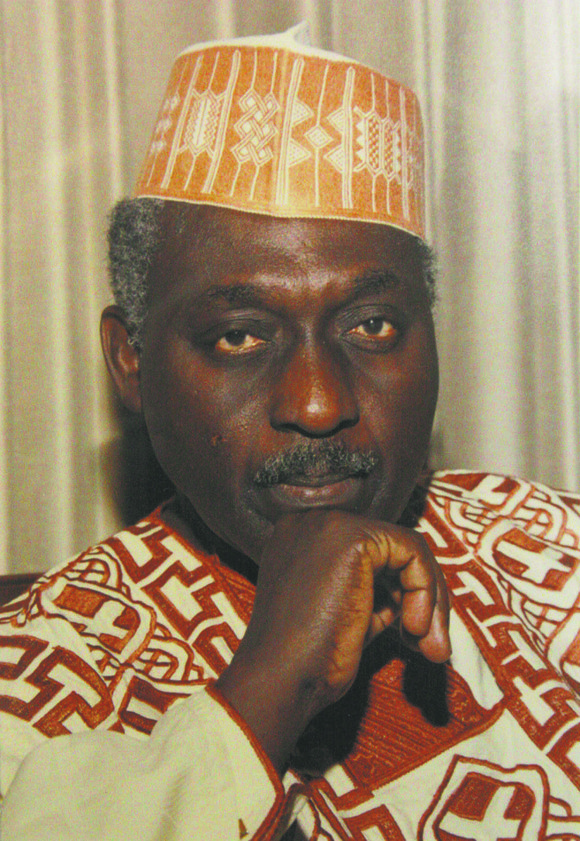 The global literary community was shocked to learn that noted writer, educator and diplomat Kofi Awoonor was among those killed last Saturday in the attack on the Westgate Mall in Nairobi, Kenya.

Awoonor, 78, a native of Ghana, was in Nairobi to perform at the Storymoja Hay Festival slated for that Sunday. His death was confirmed by the Ghanaian government on Sunday morning.

“We are devastated by the loss of professor Awoonor, but hope must prevail,” said Muthoni Garland, founder of Storymoja, which she said was “committed to find ways to honor the work and spirit of this great African author and intellectual.”

Two miles from the mall on Sunday, 150 fans and friends assembled at the National Museum of Kenya’s Louis Leakey Hall to pay tribute to Awoonor. American PEN President Peter Godwin joined other celebrated authors to read from Awoonor’s vast collection of published and unpublished works.

Several years ago, Awoonor was at the Amsterdam News to promote his latest book of poetry. He shared with reporters his vernacular poetry, some of which appears in Paul Bremen’s “You Better Believe It: Black Verse in English.” At that time, he was also excited about his new novel, “Comes the Voyager at Last.”

“I shall leave you,” Awoonor wrote in his poem “I Heard a Bird Cry,” which appears in Bremen’s anthology, “So that I go to perform the rites for my Gods/My father’s Gods I left behind/seven moons ago.”

Awoonor was born George Awoonor Willliams in Wheta, Togo, on March 11, 1935. His mother was a native of Togo, and his father was from Sierra Leone. He attended college at Achimota College and the University of Legon in Ghana, where he later worked in the African studies program from 1960-64.

In 1964, he published a volume of verse entitled “Rediscovery.” He lived in London and taught literature before leaving to teach at the State University of New York.

An avid film lover, Awoonor at one time chaired the Ghana Film Corporation and also worked as an actor and script writer for radio, and many of his scripts were aired on BBC. With Geormbeeyi Adali-Mortty, he edited a collection of poetry that was published in 1970. A year later, he released another book of poetry, “Night of my Blood.”

Awoonor was Ghana’s ambassador to Brazil from 1984-88, and subsequently performed in the same capacity to Cuba before becoming his country’s permanent representative to the U.N. from 1990-94.

Notwithstanding his notable public service and his role as a statesman, Awoonor considered himself a writer, a poet whose expressive language was never more passionate than when he wrote, “Go tell them that I crossed the river” in “My God of Songs was Ill.” He wrote: “My god burst into songs, new strong songs that I am still singing with him.”