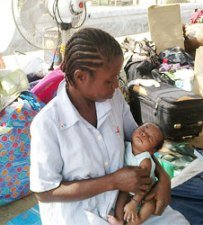 Charles Dickens might have been predicting the future when he penned his 1859 novel “A Tale of Two Cities.” With wealthy New Yorkers living literally across the street from poverty-stricken New Yorkers, advocates are pleading for ways to even the playing field.

While the poverty rate stayed essentially flat in the U.S. throughout 2011 and 2012, poverty increased by 5 percent in New York City. One in five New Yorkers now live below the federal poverty line—$19,090 for a family of three—equating to 1.7 million impoverished residents, according to the U.S. Census.

Median household annual income in the city is now $50,895, and a person working full-time at the minimum wage would earn $15,080. The 53 New York City billionaires now have as much money as five million average families and 17 million minimum wage workers.

President and CEO of the Community Service Society (CSS) David R. Jones said in CSS’s most recent survey that more New Yorkers are reporting a rise in hardships, particularly in the areas of housing and food. CSS calls the population the “Unheard Third,” which often skips meals and falls behind on mortgages due to a lack of sufficient income.

“Taken together, the latest poverty rates and our Unheard Third findings suggest that the income gap between the city’s well-off and working poor remains alarmingly wide,” Jones said. “Perhaps the best illustration of the jarring income polarization defining our city was reported in Forbes magazine. According to Forbes, Mayor Michael Bloomberg’s net worth increased by $6 billion last year. That’s a billion dollars more than the collective incomes of the city’s 1.7 million people living below the federal poverty line.”

Jones said the best solution for the problem is to raise wages, provide benefits such as paid sick days to low-wage workers and provide job training so workers can advance into mid-skill level jobs. Investing in schools in impoverished neighborhoods and bolstering programs that help young people get their first job experiences are also ways to reverse the trend.

And with the middle class being at the forefront of the mayoral campaign, de Blasio was quick to point out what he’s been touting since he decided to run for office. He’s long since said that those living in luxury are living alongside those who are struggling to put food on the table.

“The growth in the poverty rate for children is particularly alarming and unacceptable,” de Blasio said. “We cannot continue the same policies of today and expect a different result tomorrow. This shameful income disparity proves once again that we must chart a bold new path toward equality if we want to create real opportunity for all New Yorkers—and this starts by asking the wealthy to pay a little more to fund universal early education and after-school programs.”

De Blasio added that the government must also help New York and give everyone a shot to work toward the middle class. He also said that it’s an “obligation to one another.”

Joel Berg, executive director of the New York City Coalition Against Hunger, said the data is proof positive that New York City is divided by income and that there are different cities coexisting side by side.

“It is clear that we have replaced opportunity capitalism—which I fully support—with crony capitalism, which is wrecking our economy,” he said. “When a few dozen billionaires have more money than five million average New York families, it is clear that our economy is no longer the engine of opportunity that previously enabled so many New Yorkers—including my grandparents—to advance through hard work and determination.”