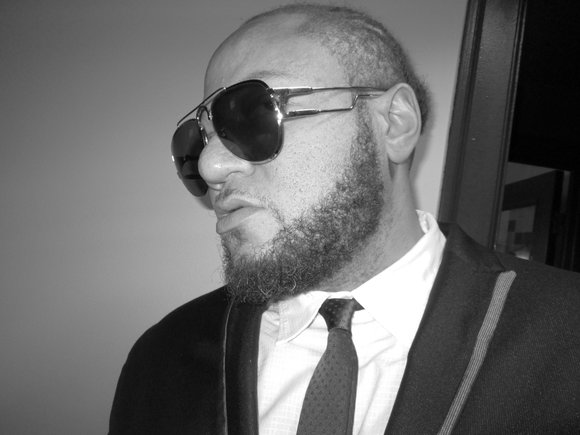 When stand-up comedian Buttahman takes the stage he's not only drawing from his inspirations, which include Richard Pryor and Martin Lawrence, he's also doing what he was born to do.

The former MTV personality and current Director of Music for BET, Buttahman, is making a name for himself on New York's comedy circuit with humor about issues ranging from pop culture to personal experiences in the entertainment industry.

In a recent interview with the AmNews, Buttahman says his life as a stand-up comedian is not just taking him to new heights, but also coming back to a passion he never wants to let go of.

“I've been working and no one has thrown tomatoes at me yet,” he laughed. “I've had a very blessed career and I just enjoy doing it.”

Buttahman started his career in radio in Baltimore on 92Q Jams WERQ after graduating from the historically Black Morgan State University. After bringing the laughs on the air, his friends and colleagues suggested he try stand-up.

“I had a desire to talk to folks and express my opinion. Everyone kept telling me 'You should try stand -up.' When people tell you a certain amount of times to do something, it's time to give in. I was on radio when so many comedians are trying to do radio. I tried doing stand-up and I got hooked” he said.

Buttahman began performing at open mic nights around Baltimore at various clubs with a positive response. He also took the stage at Mo'Nique's, a comedy club owned by the Oscar award-winning actress and comedienne who is a Baltimore native.

He later moved to New York City to pursue a career in entertainment landing at MTV in its online platform. His personality and talent led him to hosting the television game show “Hood Fab” on the MTV Jams network. The position thrust him into the spotlight making him a key figure in the hip hop community.

During “Hood Fab's” three-year run he left the stand-up comedy scene to focus on his career later taking his current position at BET. However, his yearning to be back on stage began to grow and he's been touring across the region bring the laughs again for nearly a tear.

Since his comeback, he's done shows in Brooklyn, Manhattan and Philadelphia. Buttahman said that his take on current topics and issues people face everyday are key in his act.

“Recently I've been touching on changes in my life, relationships, breakups and the craziness of the entertainment world,” he said. “People still recognize me and the things I talk about in my routine have been working.”

Aside from garnering laughs, Buttahman also writes screenplays and has aspirations to write and produce films. He currently shares his views on his popular blog. (www.allthingsbuttah.com)

He said, “I've been very blessed with a career many up and coming comics dream about. It's a great feeling when you are doing what you were put on this earth to do.”

Buttahman has an upcoming show on October 15 at Eve's Lounge in Brooklyn located at 769 Washington Avenue.