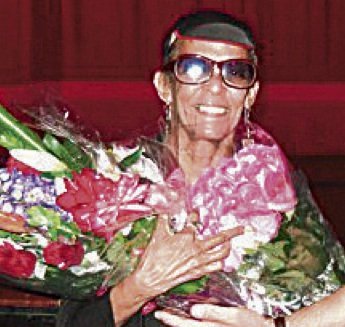 One of Harlem’s own, dancer, choreographer and instructor Joan Miller, died at 78. Dyane Harvey-Salaam, a member of Miller’s dance company, offered, “Joan entered the ancestral realm Sunday morning peacefully in her sleep after a very long illness. She was a brilliant, courageous, inquisitive, expressive and creative artist.”

In 2007, of Joan Miller’s Dance Players’ farewell performance after a run of 37 years, Jennifer Dunning wrote the following in The New York Times: “The dancers have always stood out as performers with a respect for old-fashioned virtues of craft and unforced individuality. They seemed to know instinctively that dance is not just an art of beautifully pointed feet. Like them, Ms. Miller has defied easy categorization. … She created some heart-rending pieces about social issues, like ‘Still Life’ … ‘Pass fer White’ and a solo from ‘BUMPS (Black Upwardly Mobile Professionals).’”

Miller was born and raised in Harlem and began dancing as a Girl Scout. Her penchant for dance led her to study and perform with frontrunners in dance, including José Limón, Ruth Currier, Doris Humphrey, Betty Jones, Rod Rodgers, Rudy Perez, Yvonne Rainer and more. Almost ahead of her time, when education in dance was seen as the norm, she completed a master’s degree at Columbia University’s Teachers College in 1960 and earned a diploma from Julliard in 1962, according to dance writer Julinda Lewis-Ferguson.

Her company, the Dance Players, was formed in 1970 and included dancer-choreographer Harvey-Salaam and Abdel Salaam, director of the Forces of Nature Dance Company.

For the company’s farewell concert in 2007, Salaam said, “Joan Miller taught her students how to point their feet and then told them not to.”

“We are missing her already,” said Harvey-Salaam.