School Apartheid: Report finds NY schools are most segregated in the country 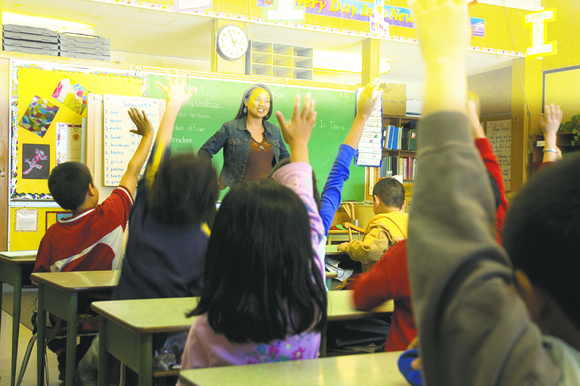 A new study released by UCLA’s Civil Rights Project about the demographics of New York schools reveals details that may surprise many.

There are many educational problems linked to racially segregated schools, and they’re often intensified by the concentration of poverty, less-experienced and less-qualified teachers, higher levels of teacher turnover, inadequate learning materials and facilities, higher dropout rates and unstable enrollments.

According to the report, desegregated schools produce the opposite results.

John Kucsera, lead author of the report, said that the entire work “runs the geographic gamut: from the upstate metros dealing with transforming demographics and an urban-suburban divide, to Long Island, one of the most segregated and fragmented suburban rings in the country, and New York City, the largest school district in the country.”

In New York City, Kucsera pointed to some of former Mayor Michael Bloomberg’s policies as having a negative effect on any potential desegregation.

“Perhaps the main limitation with most of the educational reforms under the Bloomberg administration was that policies did not consider diversity, whether racial or socioeconomic, as a program goal,” read Kucsera’s report. “In fact, in the city’s general admission for zoned elementary schools, it explicitly supports the opposite: ‘Race may be considered as a factor in school enrollment only when required by court order.’

“As David Tipson from Appleseed reported, ‘This statement is unclear and appears to be an attempt to summarize U.S. constitutional law. Taken literally, however, the statement is more restrictive than the standard required by the U.S. Supreme Court and represents an unnecessary limitation on the Department of Education.’”

Many of those areas have a Black and/or Latino majority.

“The department needs to immediately revise this admission policy statement and support student assignment plans with diversity goals for all schools,” read the report. “The ending of the diversity-based admission system in CSD 1 of the Lower East Side is a prime example of the effects of a free or so-called color-blind school choice policy, as the area has experienced rising school resegregation ever since.”