Still no answers in case of Avonte Oquendo 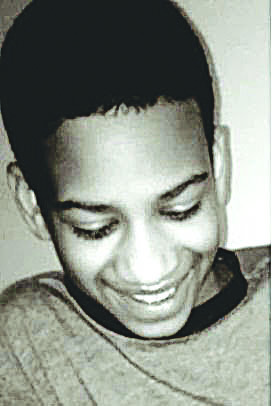 The family of the late Avonte Oquendo is still looking for answers and an apology in the case of the missing and now deceased 14-year-old autistic boy. The case has now turned into a question of who will take responsibility for the incident.

In the aftermath of the Avonte case, the city’s Special Commissioner of Investigation Richard Condon released a report detailing an investigation related to the disappearance of the autistic teen.

The massive search that lasted several months turned tragic when body parts that were found in the East River were determined to belong to Avonte. The search gained national media coverage and brought out a number of volunteers and numerous resources.

Avonte, a student at P.S. 277 in Queens, also known as the Riverview School, ran out of the Hunters Point campus building on Oct. 4, 2013, and was missing until his remains were found in January 2014.

The nearly six-page report on how he was able to leave his school was sent to New York City Schools Chancellor Carmen Fariña.

The report indicates that on the day Avonte left the school, his class was moving down to another floor. Avonte went to the first floor, where he was able to get past a security guard and exit the school.

“As Avonte’s group exited on the second floor, he was not with the group,” Condon said in the report. “When Smalls [the paraprofessional] entered the technology classroom a short time later, she discovered that Avonte was missing.”

As for why the door was opened for Avonte to get out, Condon said that an unidentified male left it open. While there were contractors doing work that day, the individual has not been identified.

“Avonte was believed to be in the building because the SSA [school security agent] at the lobby security desk reported seeing a student enter the stairwell near the front entrance to the school,” Condon said.

Avonte’s mother, Vanessa Fontaine, has said on several occasions that she told the school that her son was a runner, which was also mentioned in the report. However, the report outlines several occasions when Avonte was on schools trips and did not run.

“The mother explained that Murray sent home a form on which she warned that Avonte might run,” Condon said.

At a recent press conference, Fontaine said that she felt she is still in the dark about the disappearance and later death of her son.

“There’s a lot of anger because we want answers,” she said. “I haven’t heard from anyone to come forward to me and say, ‘I’m sorry.’ I would like an apology.”

Her lawyer, David Perecman, blames the Department of Education (DOE) and said that the school safety agent should be held responsible. Perecman claims that the agent has changed her story several times. No terminations or disciplines have been announced by the DOE.

“This mishap is so patently their fault,” Perecman said.

The family of Avonte said they have filed a $25 million lawsuit against the city alleging negligence.