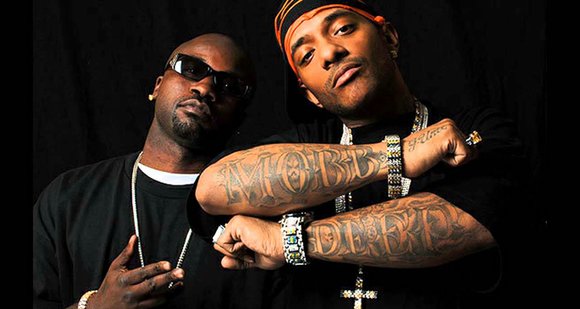 Although Mobb Deep did not receive as much mainstream attention as Nas, the gritty, poetic nature of “The Infamous” is considered to be a classic by true hip-hop enthusiasts. Hailing from Queens, N.Y., Prodigy and Havoc rhymed about the struggles and the bleak reality of growing up in the Queensbridge Houses.

Their third album, “Hell on Earth,” hit No. 6 on the Billboard charts, the duo finally receiving the industry and mainstream acclaim they sought. Nonetheless, over the years, Mobb Deep has been through ups and downs, including a less-than-desirable term on G-Unit Records, Prodigy’s incarceration and a brief split between the two members.

The release of Mobb Deep’s eighth album is being marketed as a time of triumph and rebirth for Havoc and Prodigy, as it should be. Their debut album, “Juvenile Hall,” was released in 1993, making them hip-hop veterans and survivors.

The reflective approach to the new record, which was released earlier this week, shows that hip-hop is now creating seasoned and historical figures who come from an era that is still relevant but still create from a current and wise perspective.