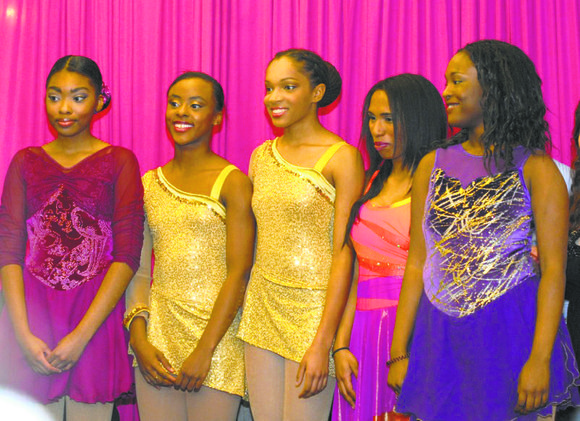 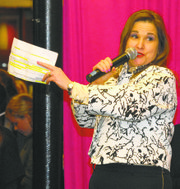 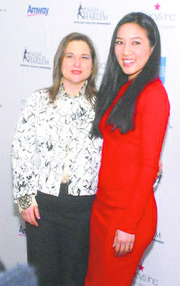 A nonstop downpour didn’t dampen the spirits of five high school seniors during Monday night’s Figure Skating in Harlem gala at Trump Rink in Central Park, their final night with the program that has been an integral part of their lives since elementary school. To help celebrate their incredible journey, super model, actress, entrepreneur and humanitarian Iman provided a makeup artist to do their makeup.

“That’s a really cool addition,” said Paula Assou, a senior at Marymount School in Manhattan. “We’ve never had anything like that before.”

For Assou and fellow seniors Eliyah McKale, Zjana Ray, StarAsia Smith and Amarna Williams, it’s been an incredible journey. Each is bound for college in the fall and credits the program with making them strong, independent and outspoken. Founded by Sharon Cohen, Figure Skating in Harlem is now in its 17th year, combining the grace and discipline of figure skating with education and fitness programs that promote academic success, physical health and emotional well-being.

“It’s been a consistent place I’ve been able to go and indulge in figure skating, which is something that’s so important in my life,” said Ray. “The events we’ve been asked to perform at this year, exhibitions in Times Square, Lincoln Center and Grand Central Station, have helped us grow as a family through our skating. The time we’ve spend together, it’s been remarkable.”

Skaters who competed earlier this year at the Olympic Winter Games in Sochi Russia—including Gracie Gold, Ashley Wagner, Jeremy Abbott and Jason Brown—were in attendance. The rain kept everyone off the ice, but with skating director Lisa Blue now part of FSH, those skaters interested in competing will be able to push their skating further.

Cohen is thrilled with the incredible array of New Yorkers who come out to support FSH even though it was raining. “They’re saying, ‘We believe in empowering girls to achieve their dreams. We believe in this program,’” Cohen said.