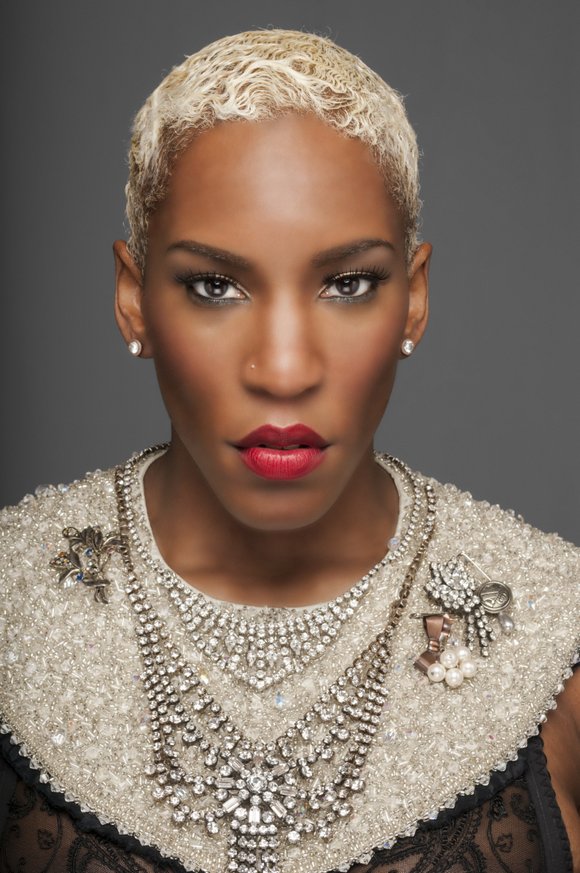 LiV Warfield is used to running. But these days, the former track athlete is flying high with a revived music career. It’s all thanks to discipline, confidence, faith and a music legend named, Prince. Backstage at her B.B. King Blues Club & Grill concert in NYC this past weekend, Warfield reflected on her journey from track to potentially being one of this year’s breakout music stars with the release of her sophomore album, The Unexpected. 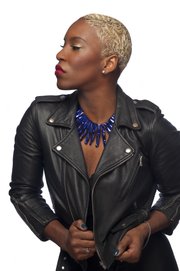 “Track was a big piece of my life. I got a track scholarship to Portland State University and I thought I was going to the Olympics,” she recalled. “But I always knew I wanted to sing and perform,” she said.

Around the age of 21, Warfield gathered the courage to pursue her secret passion of music which led to honing her craft in karaoke bars, hip-hop bands and closely observing live musicians. In 2006, she self-released her debut album, Embrace Me. A mix of R&B ballads and mid-tempo grooves, the album received positive critical attention but failed to generate any substantial buzz. Several years later, a YouTube audition tape sent without expectation to Prince earned LiV a spot in his backing vocal group, The New Power Generation (NPG). LiV now credits Prince as a mentor and executive producer on her new album.

“Most of the songs on the album I had for seven years. I didn’t know where I wanted to go with them. I only knew I wanted to take chances, be fearless and I didn’t want to second-guess myself anymore. Working with Prince and NPG changed everything. I had my training and I am ready to go.”

LiV’s new sound and image are a departure from her debut album. The music is what she describes as “alternative R and B soul with a little bit of rock ‘n’ roll,” and in lieu of long black hair is a striking short blonde cut. Many of the songs feature the brass ensemble, NPG Hornz and they add a dynamic energy that Warfield’s booming vocals match blow-for-blow. Lyrically Warfield runs the gamut from chiding a lying lover (“Why Do You Lie?”) to the self-empowerment anthem that rejects labels and conformity (“BlackBird”). The latter (written by guitarist, Ryan Waters) and “Freedom” (written by Warfield) are indicative of her desire to spread a message of empowerment and consciousness.

“When I look at the news I get frustrated. It breaks my heart. So I want to write about those things 'cause it is reality. My freedom is through my writing. I am able to get on that stage and sing and move people lyrically. That’s my calling.”

It looks like many are heeding that call. On May 9, Warfield is set to perform in her hometown of Peoria, IL and will celebrate the announcement of, LiV Warfield Day on May 10. Although she has made several recent high-profile appearances on late night TV shows, Warfield said this will be the first time her family will get to know her as a singer. “I was born and raised Pentecostal. My father was a deacon and I was raised on gospel. So my family knows me only as Lil' Olivia and they are just figuring out I sing. Everybody will trip out,” she exclaimed.

Adding to the excitement is Warfield’s plan to give back. Warfield is donating proceeds from her album sales to breast cancer causes and the Carver Community Center. The latter is raising funds to complete a statue in honor of Peoria’s hometown hero and comedy legend, Richard Pryor, who also happens to be a cousin to Warfield’s father. “I love my city and I believe young kids need a place like Carver to go to, especially for music education. That means a lot to me. So that weekend of May 9th will be very emotional and beautiful.”

Giving back was also on the minds of those at this past Monday’s Figure Skating in Harlem (FSH) annual gala at Trump Rink in Central Park. Honorees included skating champion, Michelle Kwan; Jeff Tweedy, president of Sean John; and Dylan Lauren, founder and CEO of Dylan’s Candy Bar. Additional special guests included Iman, Tamara Tunie, Isabel and Ruben Toledo, Tracy Reese, Kenneth Cole and B. Michael. The event collected over $700,000 and is still raising funds via an online auction. Funds will go towards the new “The Future is Now” campaign to engage a wider population of children in FSH’s mission of instilling values such as resiliency and hard work.

It’s those same values that have helped Warfield find her wings and soar—from athletics to music.