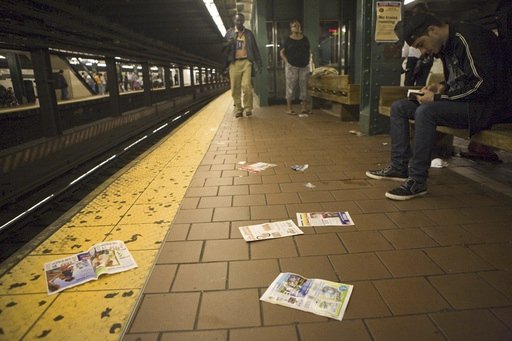 A two-year contract dispute between TWU Local 100 and the Metropolitan Transit Authority (MTA) has ended, thanks to Gov. Andrew Cuomo.

The union, which represents transit workers, and the MTA tentatively agreed to a new five-year deal that puts at least one local union under contract. Under the agreement’s terms, TWU workers would receive increases within the 2 percent cap that Cuomo achieved with state labor contracts (1 percent increase in each of the first two years, beginning with 2012, and 2 percent increases in the last three years).

Employees would shoulder more of the health care costs (an increase of 2 percent of the employee’s salary from 1.5 percent previously), but would receive new benefits like paid maternity and paternity leave, coverage of health care for surviving spouses of deceased TWU retirees and improved dental and optical benefits.

The tentative agreement is subject to approval by TWU Local 100’s executive board and ratification by the membership, plus subsequent approval by the MTA board. According to the MTA, the contract will have no impact on fares and will be accommodated within revisions to their financial plan.

“The transit system is the lifeblood of New York City, and the MTA employees are the ones that make the system work,” said Cuomo in a statement. “They showed their dedication time and time again during Superstorm Sandy and its aftermath, working in difficult conditions to get the system up and running in record time. The resolution of this contract dispute is fair to transit workers, fiscally responsible for the MTA, and will have no impact on fares.”

“The MTA is a vital part of this city, and I am pleased to present a contract to the membership that recognizes their hard work, dedication and service,” said Samuelsen in a statement.

The new deal also got the seal of approval from New York State AFL-CIO President Mario Cilento, who said that union “unity” helped broker a new contract between them and the MTA.

“In addition, groundbreaking provisions such as first time ever paid maternity and paternity leave, as well as measures to ensure bus operator safety, are testaments to the union’s perseverance,” said Cilento in a statement. “But this tentative agreement should also be welcome news to millions of New Yorkers served by the MTA. This contract recognizes that quality public transportation begins and ends with the hardworking members of TWU and that an investment in them is an investment in New York’s future.”

Cuomo has played both sides of the fence ever since he became governor and, once again, it has paid off with something that has satisfied both parties.

“Once again over the course of Gov. Cuomo’s three years in office, he has provided timely support to the MTA, this time helping to finalize a fair and responsible contract, just as he has given us consistent increases in the MTA operating budget,” said MTA Chairman Tom Prendergast. “The MTA’s finances are always our foremost concern, and this contract is a responsible one that acknowledges and reflects that the MTA’s budget and projected budgets.”