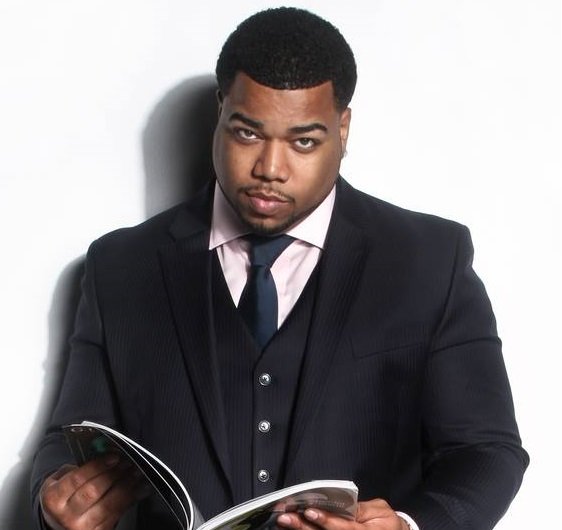 To say that Anwar Tillery is a jack-of-all-trades would be an understatement. The Bronx-based entertainer’s titles include rapper, actor, writer and stand-up comedian.

Recently, Tillery has become a hit on the local comedy circuit. Going by the stage name “Mr. He He,” Tillery tells jokes about his life experiences. He uses Instagram (@mr_hehe_the1) and YouTube to create comedic shows that have made him viral.

As a rapper, he’s known as “AWALL,” with a longstanding history of dedication to music and creating lyrics that have gained a large following. “I am a man of many traits, many talents, many gifts,” he said. “I was told you should just do that one thing, but I feel, why would God give me these talents if he wanted me to peruse one thing?”

Originally from the Soundview section in the Bronx, Tillery is the youngest of six children. His love of music comes from his mother and father, who always played jazz and R&B at home. He also enjoyed artists such as Bobby Brown and MC Hammer. During his childhood, he displayed his talent in the children’s choir of his church. However, it was in high school that he sharpened his skills as a lyricist and pursued hip-hop.

Tillery’s musical influences also include his brother, who was part of the hip-hop pioneers the Jazzy Five MCs, which was part of the Universal Zulu Nation. “My love for hip-hop has always been there,” Tillery said. “It’s always been around me.” He recently showcased his talents with the independent release of his self-titled album “AWALL.”

Tillery was voted class clown by his schoolmates, and after years of making his friends laugh, he was encouraged to try stand-up comedy. The results were successful.

He’s been a regular as Bruckner Bar and Grill in the Bronx and has other upcoming dates around the city. Tillery said his comedy influences include Richard Pryor, the Wayans bothers, Martin Lawrence, Redd Foxx, Bill Cosby and Kevin Hart. He now has aspirations to be an actor.

“I had friends that told me I should do it, so I went ahead and I did it,” he said. “I knew nothing about stand-up. When I turn on the TV, I see these actors and they are doing what I, want to do.”

His innovative use of the social media app Instagram is one of the things that has made him a hit and gotten him noticed. Through the use of 15-second clips and his trademark high-pitched laugh, he’s made the show “Next Great Rapper” in which he plays all of the characters.

“A lot of people go to my Instagram for entertainment, and it’s their outlet,” he said. “People love to be entertained.”

What’s next for Tillery? An online sitcom he plans to launch on YouTube, along with continuing his journey of making people laugh across the city and going to Hollywood. “There is never a dull moment with me, I was once told,” he said. “I want to be the reason the whole world smiles.”

For more information on Tillery, go to www.awalldoesit.com.