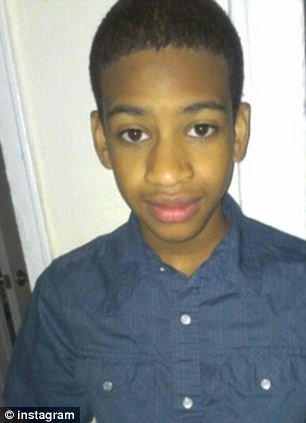 A law named after Avonte Oquendo was signed this week that would require audible alarms on doors in schools that educate students with special needs. Known as Avonte’s Law, the City Council’s Education Committee approved the bill last month in an effort to keep students with special needs safe. The law was inspired by 14-year-old Oquendo, who walked out of his school in Queens in October. After a massive search that lasted months, he was found dead near the East River. The law requires the Department of Education to submit a list of schools that need the alarms. The new system comes with a price tag of $1.5 million, with each alarm costing between $125 and $160. U.S. Sen. Charles Schumer introduced a separate bill in June as a result of Oquendo’s death that would provide $10 million a year in federal funding over five years to local law enforcement agencies, to acquire tracking devices to protect children with disabilities who wander and to train police in how to interact with people with disabilities.

New York City attorney Rick Jones was sworn in as second vice president of the National Association of Criminal Defense Lawyers at the association’s 57th Annual Meeting in Philadelphia, Pa., Aug. 2. Jones previously served two terms on the NACDL’s board of directors and one year as parliamentarian. This past year he served as the NACDL’s secretary. Jones currently practices criminal defense in New York City, where he is the executive director and a founding member of the Neighborhood Defender Service of Harlem.

Dubbed as the “Largest Black Parade in America,” the 44th Annual African-American Day Parade is set to take place Sunday, Sept. 21 starting at 1 p.m. The parade steps off at W. 111th Street and Adam Clayton Powell Boulevard and goes to W. 136th Street. The parade will feature Black dignitaries and celebrities, along with kings and queens of Black organizations. Floats and marching bands will come from 12 states, and there will be a salute to Black colleges. This year’s grand marshals are the Rev. Al Sharpton, former New York State Gov. David Paterson, former Mayor David Dinkins, famed educator Dr. Adelaide Sanford, Rep. Charles Rangel, former City Comptroller William Thompson and DC37 Executive Director Lillian Roberts. The first African-American Day Parade was held in September 1969 in Harlem. The purpose of the parade is to provide an opportunity for African people to join together on a special day to highlight history and salute African people throughout America and the world for their outstanding achievements. For more information, contact Bro. Shep at Panthershepcat@aol.com.