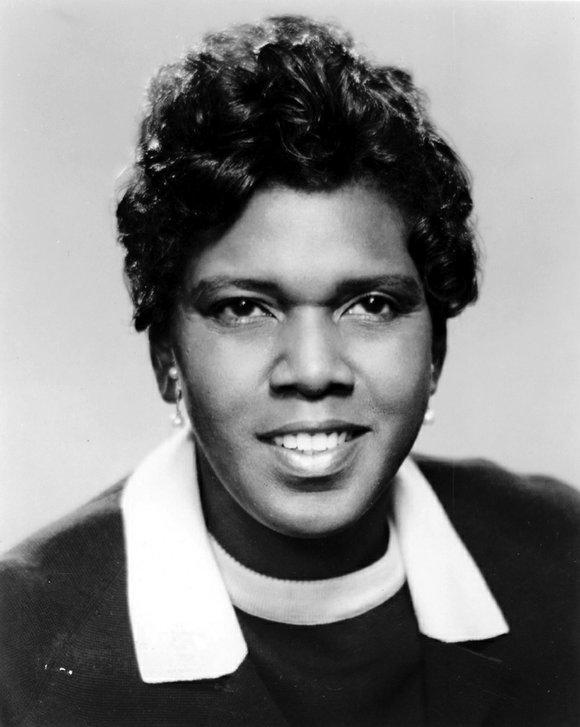 Recently, on a CSPAN telecast of the House Judiciary Committee’s impeachment hearings on President Richard Nixon in 1974, it was Rep. Barbara Jordan’s turn at the microphone. Once again, her melodious voice intoned her feelings about the proceedings and her faith in the U.S. Constitution. “I am not going to sit here and be an idle spectator to the diminution, the subversion, the destruction of the Constitution,” she said as she relinquished her time.

This was vintage Jordan, and it was representative of her career in Congress.

Much of the material above was taken from websites and Jordan’s books, especially her memoir, as well as from several government documents, including “Black Americans in Congress, 1870-2007.”

Where do you suppose Jordan got her fervent, democratic zeal from? Her father was a Baptist preacher, but it would be interesting to know who her mother was and to what extent she helped shape this remarkable woman.

Jordan came along in a breakthrough period in American history, and her role in the impeachment process cannot be minimized.

Two years later at the 1976 Democratic National Convention in Madison Square Garden, she commanded the spotlight, again stating with a similar resolve, an unequivocal faith in the American idea of democracy. “I feel that notwithstanding the past, that my presence here is one additional bit of evidence that the American Dream need not forever be deferred,” she said after receiving several minutes of standing ovation.

Getting things done, stirring the nation’s conscience, as President Bill Clinton would remember, and rarely ever wavering from her mission were part of Jordan’s DNA, a genetic disposition that began to manifest itself Feb. 21, 1936, in Houston, Texas, where she was born. The daughter of a Baptist preacher, her rhetorical and oratorical talent was evident at an early age and given wider recognition with her victories in debates while still in high school.

After graduation from Phillis Wheatley High School in 1952, she earned her Bachelor of Arts degree from Texas Southern University four years later. Within three years, she was in possession of her law degree from Boston University and almost simultaneously was admitted to the bars in Massachusetts and Texas. She practiced law for seven years before entering the political arena as a state senator in Texas, the first Black woman in the post. A highly competent legislator with a keen regard for observation of the state laws and the Constitution, by 1973 Jordan was on her way to Congress, becoming the first Southern African-American female representative.

Aug. 4, 1901: Louis “Satchmo” Armstrong, the immortal jazz musician, is born in New Orleans. This is also the birthdate of President Barack Obama, who was born in Honolulu in 1961.

Aug. 6, 1969: “The Learning Tree,” directed and written by Gordon Parks, makes its debut in American theaters on this date.

Aug. 7, 1948: As you may have learned last week, Alice Coachman won an Olympic gold medal in the high jump on this date. She was the first African-American woman to do so.

Jordan was only in Congress two years when the Watergate scandal broke. She joined a chorus of colleagues in the call for the impeachment of Nixon. Her performance was stunning, and many feel that her presence and testimony was a barometer of the proceedings, providing a “moral compass.”

Even more stunning news arrived in 1979 when, after a very productive career in Congress, Jordan announced that she would not be seeking another term in office. Many of her constituents were baffled that she was stepping down, though they gained a better understanding later with the reports that she had been diagnosed with multiple sclerosis.

If her political career was put on hold, her literary one kicked in gear, as she authored a memoir, “Barbara Jordan: A Self-Portrait.” Among the many memorable quotes from the book is this one: “Just remember the world is not a playground but a schoolroom. Life is not a holiday but an education. One eternal lesson for us all: to teach us how better we should love.”

But even while she was legislating and politicking, Jordan was also teaching, and this was now a full-time endeavor by 1982, when she became the Lyndon B. Johnson Centennial chair of public policy at the University of Texas at Austin. She still found room and ways to keep her legal skills sharp as special counsel on ethics for Gov. Ann Richards in 1991.

A year later, at the Democratic National Convention at Madison Square Garden—the same place where she had gained greater exposure—the nation was now clearly aware of her disability, as she delivered her speech from a wheelchair. She closed her speech by quoting Franklin D. Roosevelt, someone who was confined to a wheelchair. “’In every dark hour of our national life, a leadership of frankness and vigor has met with that understanding and support of the people themselves which is essential to victory,’” she said. “Given the ingredients of today’s national environment, maybe, just maybe, we Americans are poised for a second ‘Rendezvous With Destiny.’”

There were two more illustrious moments in her well-lived, fully examined life, including when Clinton called on her to lead the Commission on Immigration Reform in 1994. That same year, Jordan was honored with the Presidential Medal of Freedom.

Jan. 17, 1996, Jordan died of pneumonia, a complication of her battle with leukemia. “There was simply something about her that made you proud to be part of the country that produced her,” recalled former Richards.

The cover of a biography of her life has Jordan draped in Old Glory, and a more appropriate apparel is not possible. She embodied the American creed. Her legacy abounds in so many splendid ways, particularly in her hometown, where a very successful elementary school bears her name. When the nation lists its national heroes, it would be unforgivably amiss if Jordan is not prominently enshrined, and if she isn’t, even beyond the grave, her powerful voice will remind them.

Barbara Jordan was immensely quotable, and one that might be useful for our young readers declares: “I have faith in young people because I know the strongest emotions which prevail are those of love and caring and belief and tolerance.”