No indictment in Kimani Gray case 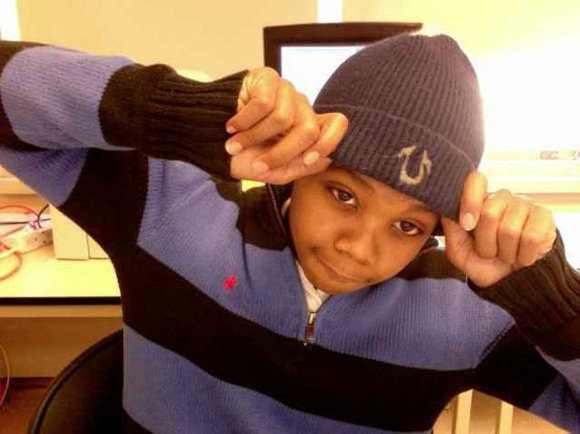 It’s a devastating blow for the family of 16-year-old Kimani Gray, as Brooklyn District Attorney Ken Thompson announces he will not prosecute the officers who killed the teen.

In March 2013, in East Flatbush, Brooklyn, Sgt. Mourad Mourad and Officer Jovaniel Cordova shot Gray seven times, killing him, when, they said, Gray flashed a gun in front of them. Gray was on his way home from a party when he was confronted by police.

The family maintains that the gun was planted by the NYPD. Gray’s mother, Carol, said at a press conference the case should have at least been brought to a grand jury.

“This has already been one of the worst years of my life,” she said. “No closure. I can’t come to terms with it. To wake up and see that Kimani’s life was of no value, no charges. At least give us a day in court.”

The family and their attorney have plans to file a federal wrongful death suit, along with speaking to the U.S Department of Justice.

“Bring them to justice,” Carole Gray said. “Let the judge decide. Let you, the country, decide. Let the city decide. But give us a day in court, one day in court, just one day to show that they are responsible for taking Kimani’s life.”

Councilwoman Inez Barron said, “Several community marches for justice took place all across the city. Kimani’s family are outraged and profoundly disappointed by the Brooklyn district attorney’s unwillingness to bring charges against the NYPD officers.”

Former city councilman, Charles Barron, told the Amsterdam News that the decision to not prosecute sends out a harmful message to the community. He added that convening a grand jury would have shown evidence for an indictment in the case.

“There were conflicting stories,” Barron commented. “The police said one thing, the community and eyewitnesses said other things. This is what we are concerned about: the process. The systemic process in this city. The end result in these processes seems to lead to this. No indictment on officers who kill.”

Barron added that just days before the news about Gray, he was at the DA’s office complementing Thompson on keeping his word on cracking down on police, and the fact that he has released eight wrongfully convicted men in the eight months he has been in office.

The no-indictment announcement comes in the wake of several recent incidents of brutality by the NYPD, including one in Brooklyn in which a pregnant woman was put in an apparent chokehold by an officer.

“This is the big teach of the system,” Barron said. “Will you indict police officers? They don’t have a history in doing this, so we are outraged.”

Thompson has not commented publicly on the lack of an indictment in the case. However, a source close to the case said the DA could not pursue the case because of a lack of evidence. “Some of the witnesses just would not talk,” the source said. “In a case like this, where the DA’s office needs evidence to support an indictment, that is not snitching, that is telling what you know in order to get justice for a friend or someone you know.”