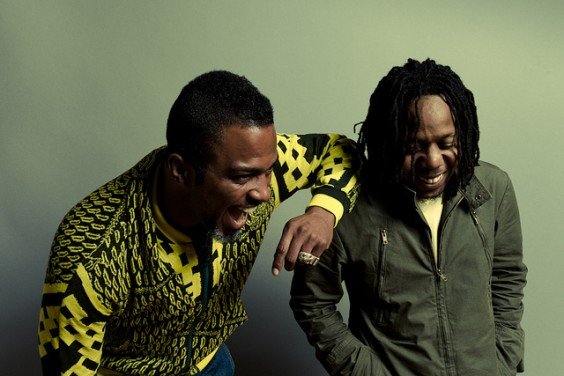 You may remember experimental hip-hop artist extraordinaire Ishmael Butler from the New York-based, jazz-infused hip-hop trio Digable Planets from the early 1990s. He rapped under the moniker Butterfly, and almost two decades later, he has re-emerged triumphantly as a part of the brilliantly unique intergalactic hip-hop collective Shabazz Palaces.

Butler and musical counterpart’s Tendai Maraire’s new album, “Lese Majesty,” is a spiritually potent collection of tracks that is so different from the mainstream’s norm, it seems that he has set out to challenge and even redefine the definition of rap music of this era. With mature rappers rising in the realms of education, art and technology, it’s a perfect time for “Lese Majesty” to emerge from the roots of this current African-American moment of commercial enlightenment.

The opening track, “Dawn of Luxor,” opens the album in true “intro” form: slowly and quietly, softly driving you deeply into Shabazz Palaces’ embellished aural realm. The first word of the album is “focus,” urging you to lay back and pay attention to what the music has to offer throughout the remaining 17 tracks.

The next track, “Forerunner Forey,” flows like a Flying Lotus track taken to the next level, with lush, artistic soundscapes and psychedelic ebbs and flows throughout the song. Butler never loses the beat and never misses a step as the music moves and swirls around his solid vocal flow.

The album moves forward with the songs, keeping close to home a musical aesthetic that is almost ambient until you get to the seventh track, “The Ballad of Lt. Maj. Winnings.” The song showboats purposely off-syncopated beats that could be considered out of place but should probably be thought of as an artistic evolution—or just a splash of color to ensure the album isn’t redundant. Nonetheless, if the album continued to explore washed out background sounds throughout the entire album, it would be acceptable and beautiful because Shabazz Palaces’ confidence and proficiency is so above the bar and ahead of its time, it’s just refreshing to know their work exists.

The album just gets weirder, particularly when you fall into the sonic world of the ninth track, “Ishmael.” His bodacious ode to himself is very satisfying, as you get to listen to him struggle with his own fame, ego and spiritual reality. It is a common theme in his songs, and it is a pleasure to hear him speak with such honesty about a path he feels he has been chosen to embark upon. These explorations make his rhymes genuine and sensual.

“Lese Majesty” dips back into a watery, psychedelic compositional style with its 14th track, “Suspicion of Shape.” The music expresses a shapeless vibe, giving way to wide open strokes of sound and Butler’s voice meshed with experimental noise echoing behind him.

The final track of the album, “Sonic Mythhap for the Trip,” gives its listeners a clue that mind-altering drugs may be used to enjoy the album. It’s clear from the moment the music begins that the record is a bit shamanistic. Butler has an enlightened perspective and searches for spiritual awakening, and he touches on many subjects of spirituality and living the human experience.

“Lese Majesty” is a strange record. Not everyone is going to understand it, but Butler’s past work with Digable Planets has made it easy to move forward with him. His voice and face are recognizable; you can tell that he has not changed, he has just matured as an artist, and that fact is very comforting.

This album is a true piece of art. It grabs from the outer space stylings of Afrika Bambaataa and Sun Ra. Shabazz Palaces is a true testament that hip-hop is going somewhere—it is elevating and becoming aware that there is more to life than what meets the eye.