State of the city: Videos, the NYPD and the answer 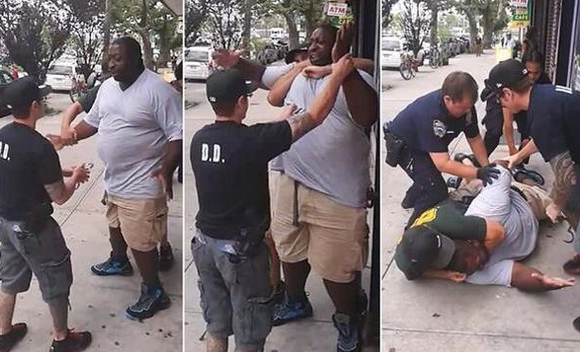 Chaos and mayhem could be the words to describe the state of the city since the video-recorded death of Eric Garner on Staten Island July 17. In the weeks after the death, it appears the relationship between police and the community is now at its worst, with so many moving parts on the game board.

News headlines and reports are now coming on what seems to be a daily basis of either someone being assaulted by police, a video recording of police brutality, a new layer in the already heated Garner case or a public statement being made that adds fuel to the fire.

As the case of Garner continues to play out, reports indicate that both the man who used his phone to record the incident and his wife have both been arrested in separate incidents just days a part.

Ramsay Orta, 22, was arrested on weapons possession charges. His wife, Chrissy Orta, 30, stated that the arrest is in retaliation for her husband recording the officers. Chrissy Orta was arrested Tuesday for allegedly attacking another woman.

Since Garner’s killing, several incidents have been caught on video involving the NYPD using excessive force, going viral and sparking outrage. Most, if not all, involved Black citizens.

The latest is a video recorded in Times Square by Naquan Miles, 25, of Officer Ryan Lathrop. In the 11-minute video, Lathrop asks Miles, “Is that your phone?” before taking the phone away from him. Audio is heard of Miles in pain. NYPD Internal Affairs is reportedly investigating.

In another recorded incident, in Brooklyn, Denise Stewart, 48, was dragged by NYPD officers from her Brownsville apartment and arrested July 13 (four days before the Garner incident), during a police response to a domestic violence 911 call. In the video, Stewart, a grandmother, had just come out of the shower and could be seen being dragged from her front door and into the hallway wearing nothing but a towel and underwear.

According to reports, Stewart told the police that they had the wrong apartment when they knocked on her door. When she attempted to close the door on the cops, the altercation began. Amy Rameau, Stewart’s lawyer, said in an interview that the cops pepper sprayed Stewart’s 4-year-old grandson and assaulted her 12-year-old daughter.

The Civilian Complaint Review Board announced this week that it is looking into chokehold claims. The CCRB says that in the past five years, there have been more than 1,100 chokehold claims by the public against the NYPD, with 10 claims currently being investigated.

This week, two unions representing the NYPD poured on the gas when the Patrolman’s Benevolent Association and the Sargent’s Benevolent Association held a joint press conference to address what they call “anti-police rhetoric” in light of the recent images of police abuse. PBA President Pat Lynch who led the 36-minute press conference, called out politicians, along with the Rev. Al Sharpton, for making things worse.

The groups are so adamant about their message that the entire press conference has been placed on the front page of the PBA’s website. Highlights from the press conference include the expected denial that Garner was not placed in a chokehold, as seen in the cellphone video, and that the medical examiner’s homicide finding after Garner’s autopsy is flawed and politically influenced.

Lynch also points out that citizens are the ones feeling the brunt of the police sediment and blames the city for sending the message to people about resisting arrest. Critics, however, say that officers continue to arrest people, particularly Blacks and Latinos, for no reason to begin with.

“That attitude is a direct result of the lack of respect for law enforcement resulting from the slanderous, insulting and unjust manner in which police officers are being portrayed by race baiters, politicians, pundits and even elected officials,” Lynch said. “We are here today to send a message to all criminals in every community across our city that the charge of resisting arrest is a very serious and dangerous crime.”

During the press conference, Lynch aimed his anger at Sharpton, who was recently at a meeting held at City Hall to discuss community-police relations. He said Shapton had no place in the conversation and is making things worse.

At that same City Hall meeting, Police Commissioner Bill Bratton said he’s been engaged in “a major reorganization and reengineering of the NYPD” since his appointment. “We will learn from this,” he said. “We will move forward from this. We will move forward in a way to ensure that the memory of this tragedy is around the idea of the good that came out of it rather than just the negative. I am committed to that. This is going to take some time to address in a variety of ways. The investigation of the event itself is in the hands of the district attorney. We have our internal affairs unit supporting that investigation and doing the parallel administrative investigation that will be so necessary.”

The entire situation has all eyes on Mayor Bill de Blasio, who touted a more progressive approach to dealing with situations. On the job now for more than seven months, he has only stayed true to Bratton’s position that officers need to be retrained.

In the meeting at City Hall, de Blasio said that police-community relations can be improved with help from both sides. He was on vacation in Italy as the Garner case unfolded.

This weekend, Sharpton had the family of Garner speak at the National Action Network. “We have called for a fair and impartial federal investigation to provide the public and the Garner family with results,” Sharpton said. “To say that only people with guns call us shows the reckless, immature manner in which some parties want to engage, because the fact is that all of the people who have called on us, who we have stood up for, from Sean Bell to Trayvon Martin to Amadou Diallo, those people did not have guns, but their shooters did.”

Adding to the conversation is that fact that de Blasio is married to a Black woman, which resulted in their Afro-wearing Black son, Dante, who has been targeted in talks as being a “candidate” for police brutality. De Blasio used his son heavily during his mayoral campaign to speak out against police mistreatment.