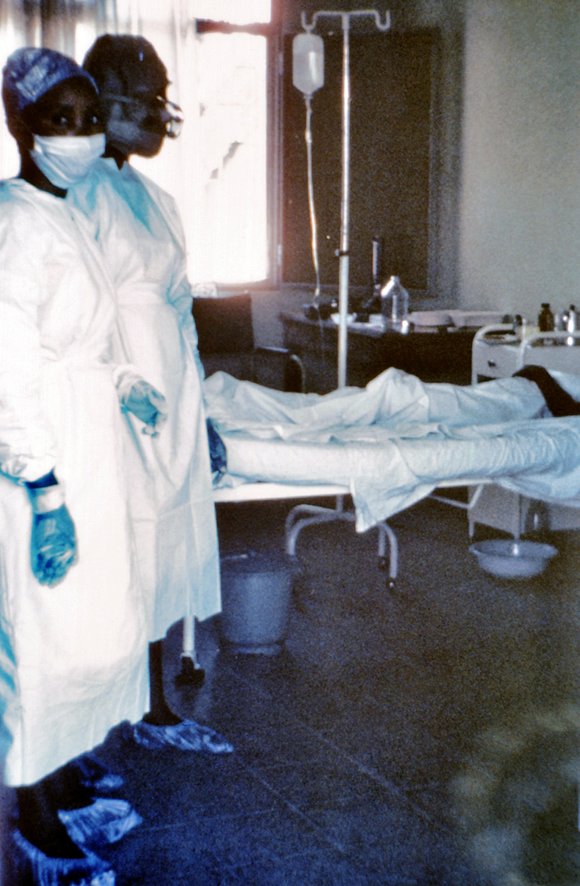 The daily death count from Ebola only seems to gain media attention in the West when an American or European is the fatality. Tuesday, a Spanish missionary who contracted the disease while working in West Africa died in a hospital in Madrid.

With that lead out of the way, as when two Americans were returned from West Africa last week to be treated in isolation at the Emory University Hospital in Atlanta, mention could be made of the fact that more than 1,000 people have died in Liberia, Guinea, Sierra Leone and Nigeria since the first reports of this more recent outbreak in February.

It was good news the other day when Dr. Kent Brantly, who contracted the deadly virus while working with Samaritan’s Purse and treating patients in Monrovia, Liberia, said he was regaining his strength. “I am growing stronger every day, and I thank God for His mercy as I have wrestled with this disease,” was the message posted on the organization’s website.

There were no reports of Nancy Writebol’s condition. She is the nurse who worked with Brantly, and she was flown to Atlanta to receive the same treatment that has improved the outlook for the doctor. Both were given doses of ZMapp, an experimental drug for which the long-term effects are still unknown.

Dosages of the drug were the source of some controversy when the limited supply was designated for Americans and not for West Africa, which is the epicenter of the disease that has no cure.

An additional uproar erupted when Macky Sall, the president of Senegal, told a forum conducted by Charlie Rose during the U.S. Africa Summit that Ebola “is not an African disease. You have to see this virus as a threat against humanity.”

But it remains a sticky issue as to who will be the recipients of the vaccine when it is once again available. “There are virtually no doses available,” said a spokesperson for the Centers for Disease Control and Prevention in Atlanta. The drugs, which have been tried on people without any symptoms of the disease (vomiting, fever and diarrhea), are all in the experimental stage, according to the World Health Organization. To assist in the distribution of the drugs, the WHO has called a meeting of experts to help determine which of the four countries in West Africa should be a priority.

Ebola is not a combination of “ebony” and “Angola,” as some have suggested, but gets its name from a river in Congo, where the disease was first detected. That, of course, gives the disease an African origin, although it is still not clear from where and how the disease began. In this regard, the discussion of Ebola is very reminiscent of the HIV-AIDS discussion.

But as The CDC director, Tom Frieden, has advised, this is not the time to argue the origins of the disease. “The bottom line with Ebola is we know how to stop it: traditional public health,” said Frieden. “Find patients, isolate and care for them; find their contacts; educate people; and strictly follow infection control in hospitals. Do those things with meticulous care and Ebola goes away.”

Therein lies the problem in many parts of West Africa, where far too many of the afflicted are wary of hospitals because they have seen so many of their loved ones perish while being treated. Rather than Ebola going away, those afflicted are running away.