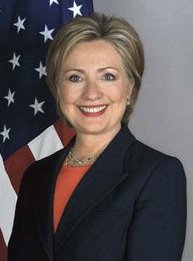 President Barack Obama has apparently withstood a proposed GOP lawsuit, but now there’s a problem much closer to home, a critic in his own ranks—Hillary Clinton.

In a lengthy interview with a reporter at The Atlantic magazine, Clinton appears to be taking a decisive step from the Obama administration in chastising his foreign policy, yet agreeing with it quite passionately when it comes to Israel.

Many will probably wonder if Clinton herself hasn’t done something “stupid” in criticizing the president by practically kicking him while his poll numbers are down and he’s saddled with an escalating global dilemma. Clinton, who served as Obama’s first secretary of state, lambasted him on his failure to take a firm position on the ongoing crisis in Syria. “The failure to help build up a credible fighting force of the people who were the originators of the protests against Assad—there were Islamists, there were secularists, there was everything in the middle—the failure to do that left a big vacuum, which the jihadists have now filled,” she charged.

Was this midterm election chatter, her attempts to distance herself from Obama in preparation for a White House bid? That matter may not have been evident in some of the questions or her answers, but her stance on Israel took on an even more hawkish position than Obama’s. “I think Israel did what it had to do to respond to the rockets,” she told the reporter. “Israel has a right to defend itself. The steps Hamas has taken to embed rockets and command-and-control facilities and tunnel entrances in civilian areas, this makes a response by Israel difficult.”

If anyone is to blame for the strife in the Middle East, and particularly in the fight between Hamas and Israel, it’s Hamas, she said, observing how careful the U.S. has been in avoiding collateral damage and to “be as careful as possible in going after targets to avoid civilians. We’ve made them. I don’t know a nation, no matter what its values are—and I think that democratic nations have demonstrably better values in a conflict position—that hasn’t made errors, but ultimately the responsibility rests with Hamas.”

When the reporter asked Clinton if Obama could be charged with “overreaching” in his foreign policy, she stopped short of an accusation. “You know, I don’t think you can draw that conclusion,” she answered. “It’s a very key question. How do you calibrate, that’s the key issue. I think we have learned a lot during this period, but then how to apply it going forward will still take a lot of calibration and balancing.”

At this stage of the political cycle, Clinton seems be doing some calibrating and balancing of her own, perhaps with a vivid memory of her mistakes in Benghazi.