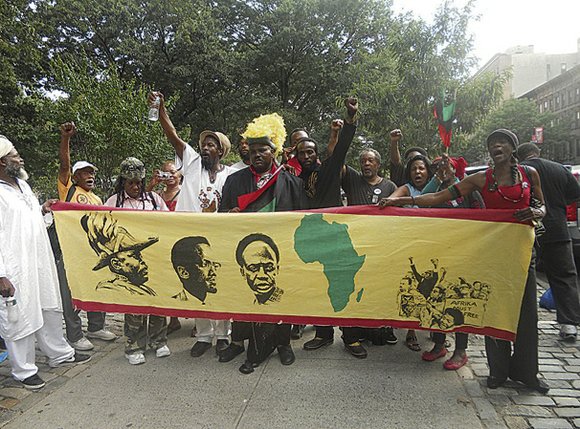 A contingent of grassroots activists will acknowledge the legacy of Pan-African icon, the honorable Marcus Mosiah Garvey, this Sunday, the 127th anniversary of his physical birth in St. Ann’s Bay, Jamaica, Aug. 17, 1887.

As he reached his early 20s, Garvey began traveling throughout the Caribbean, England, Central America and South America, while perfecting his craft as a journalist and publisher. As he was heavily influenced by Edward Wilmot Blyden and Hubert Harrison, he would eventually utilize those skills to promote the Pan-African paradigm.

“Our union must know no clime, boundary or nationality… let us hold together under all climes and in every country,” he wrote in his book, “The Philosophy and Opinions of Marcus Garvey.”

A correspondence with activist-scholar Booker T. Washington motivated Garvey to migrate to the U.S. in 1916. Although they never physically met, he credits the Tuskegee Institute founder as being a major influence.

July 8, 1917, Garvey delivered a dissertation entitled, “The Conspiracy of the East St. Louis Riots,” at Lafayette Hall in Harlem, where he declared that the riot was “one of the bloodiest outrages against mankind,” condemning America’s claims to represent democracy when Black people were victimized “for no other reason than they are Black people seeking an industrial chance in a country that they have labored for 300 years to make great. It is a time to lift one’s voice against the savagery of a people who claim to be the dispensers of democracy.”

Feb. 10, 1925, Garvey delivered “First Message to the Negroes of the World From Atlanta Prison”:

“Look for me in the whirlwind or the storm, look for me all around you, for, with God’s grace, I shall come and bring with me countless millions of Black slaves who have died in America and the West Indies and the millions in Africa to aid you in the fight for liberty, freedom and life!”