Once again, the senseless killing of an unarmed young Black man 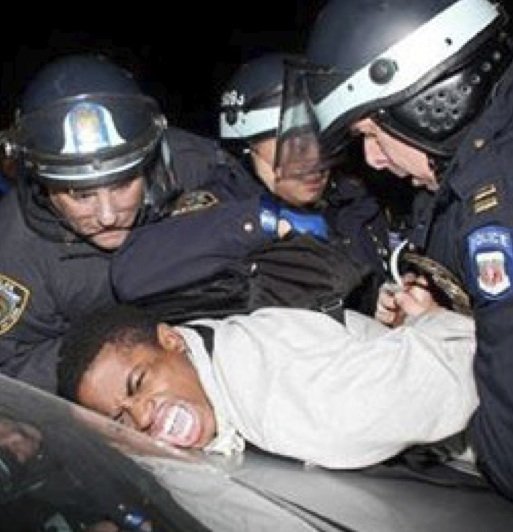 A young African-American man, unarmed and with a full life ahead of him, is gunned down in a senseless confrontation.

The case of Michael Brown in the St. Louis suburb of Ferguson, Mo., serves as reminder that American society is far from seeing an end to the horrific deaths of young Black men in scenarios that could never be described as justified.

By all accounts, the 18-year-old was a gentle teenager who was bound for college just days after he was shot and killed. Yet, the Ferguson police have justified his shooting by stating that the young man, when confronted by them, chose to lunge for the firearm of one of the officers. Unsuccessful, he fled from the scene and was thus shot.

Friends of Brown say he was simply walking home from a convenience store and was stopped randomly by police, who harassed him. He explained that he was close to his destination, placed his hands in the air as a sign of compliance and was then shot multiple times by police.

The problem here is that, even if the version of the police were to be believed, it’s not a justification for shooting the young man. He was clearly at a distance from the police, headed away from them when he was shot.

The Ferguson police have so far not disclosed the identity of the police officer who did the shooting, saying they want to protect his safety. Meanwhile, the devastated family is trying to put the pieces of this tragedy together, calling upon the federal government to intervene in the investigation. The FBI has stepped in, thankfully.

One thing is certain. No one will be satisfied unless an investigation is conducted and that all parties agree to be fair, open and transparent. It will have to be taken out of the hands of the local authorities, who have presided over long-simmering racial tensions. Ferguson is a city that is nearly 70 percent African-American. However, the city employs three Black police officers in a total law enforcement workforce of more than 70. It is a city where there are no African-American members of its school board.

That, to many minds, serves as the foundation for the rioting and looting that followed Brown’s death. Unfortunately, the destruction of property and assaults on local businesses will do nothing to either produce a fair investigation or serve the legacy of Brown in any positive way.

Yet, people in St. Louis and throughout the country look at the Michael Brown shooting as another painful and distressing episode that is linked to such names as Trayvon Martin, Jordan Davis, Ramarley Graham and Eric Garner. We’re seeing the irrational deaths of young Black people with such frequency that it is emotionally numbing.

It is a positive sign that Attorney General Eric Holder said his office will monitor the situation. Likewise, President Barack Obama weighed in on the situation, offering condolences to the family of the dead teenager.

“The death of Michael Brown is heartbreaking, and Michelle and I send our deepest condolences to his family and his community at this very difficult time,” the president said in a statement. “As Attorney General Holder has indicated, the Department of Justice is investigating the situation along with local officials, and they will continue to direct resources to the case as needed.”

That is good news. But the best news would be for people to finally look at young Black men as promising, vital contributors to American society and not as less-than-human folks whose lives are expendable.