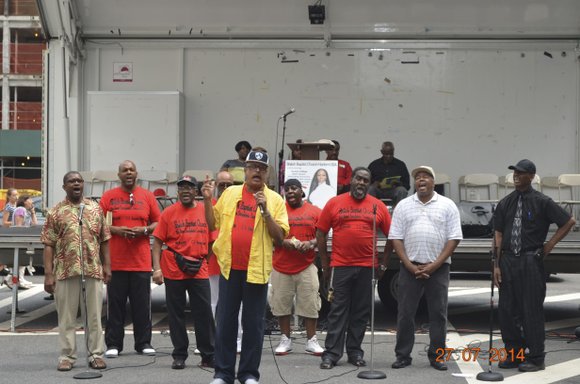 A brown podium stood midstage, with a microphone that connected to a sound system, allowing the service to be heard blocks away. Propped upright on the podium was a poster advertising the church’s upcoming anniversary concert, featuring Erica Campbell of Mary Mary, Sept. 6. An array of seats behind the podium seated the pastor, official ministry and guest speakers. Chairs lined halfway down the block seated church members, family, friends and members of the community.

Every year for the past 21 years, Shiloh Baptist Church has reached out to the public by hosting a special dress-down worship service, with hopes that someone might hear a word or be touched by a song and join in the praise experience.

“It was mandated by Jesus Christ to go after the lost,” the Rev. Dr. Calvin G. Sampson, pastor of Shiloh Baptist Church, told the AmNews. “We went out into the street for those who needed to hear the gospel.” 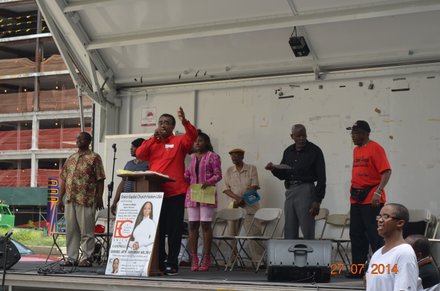 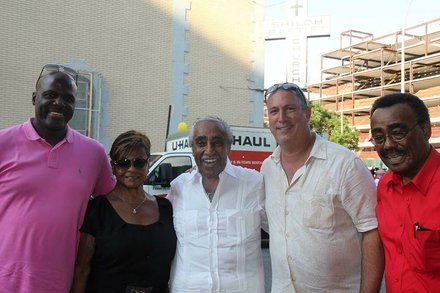 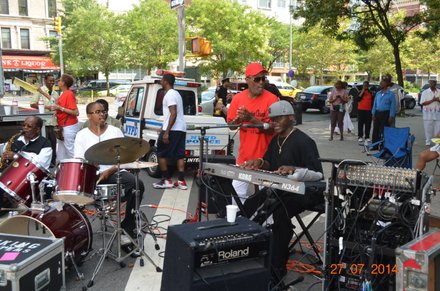 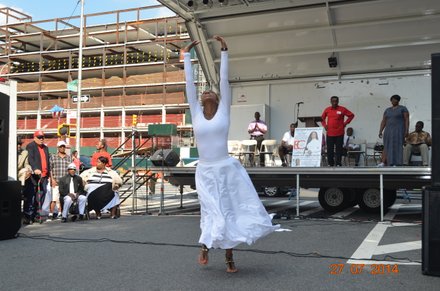 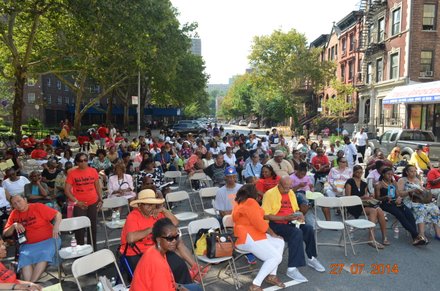 This year was particularly special because it was the first time in three years that the crusade was brought back into the streets. In recent years, the event had to be held indoors because of technicalities.

The youth of Shiloh Baptist Church performed two liturgical dances, which were choreographed by Deaconess Kim Dennis-Walker. Metropolitan Baptist Church also made a guest appearance and performed a dance.

Many notable community leaders and ministers from around Harlem were in attendance, including Minister Isaiah Owens, Minister Annette Allen and Minister Keith Dennis. Author Felicia Joy Devine spoke about her book, “This Walk Ain’t Easy but Help Is Along the Way,” in which she shared her testimony of being a victim to issues such as domestic violence and single parenting, and how she redirected her life back to her Christian upbringing.

To the left of the stage was a table full of information packets for community members regarding health issues that heavily affect the Black community, including alcoholism, drug use, breast cancer and cervical cancer.

“We not only want to promote spiritual health, but physical health as well,” Kimberly Johnson, a member of Shiloh Baptist Church Health and Wellness Ministry, told the AmNews. “We believe that our body is a temple and we must maintain it’s well-being”.

Right before the program ended, Rep. Charles Rangel arrived just in time to share some words with the Shiloh Baptist Church family.

“Everyone knows Shiloh Baptist Church and everyone knows Pastor Sampson,” Rangel said as he raved about how great Shiloh has been to him and to the community for many, many years.

Rangel also showed much appreciation to the Shiloh Baptist Church members for their support during his hard-fought victory over Adriano Espaillat in the Democratic primary election last month.

“I am thankful not only for your help with this election, but for all the work you’ve done in the community over the years,” he said.