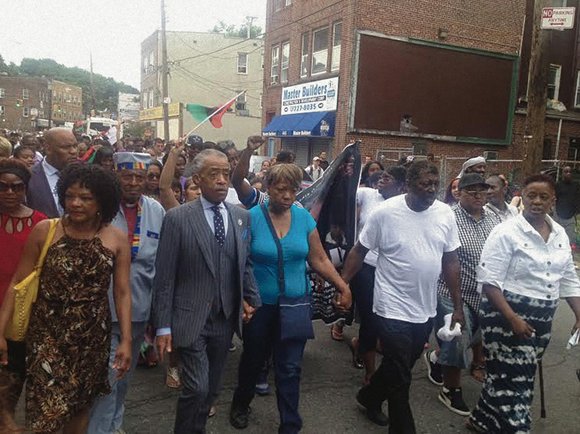 Last Thursday night at the Central Family Life Center, what started as a five-person panel to educate the neighborhood on their legal and civil rights escalated into the audience challenging one another and their hosts from the NAACP to initiate direct change and stop relying on rhetorical devices and speeches.

“For an arrest, you need probable cause,” Leroy Gadsden, one of the panelists and president of Jamaica’s NAACP branch told the crowd. “Where was the probable cause? This will not stop by itself. There has been 400 years of nonsense. The only way to stop it is to educate. We need to know our rights.”

Those sentiments weren’t shared by the crowd. The room sought other, more immediate results from their community leaders. The same crowd that had gathered to listen to last Monday’s address that criticized the police for their ineffectiveness in the community subtly shifted its displeasure toward the NAACP.

“The guy who took the video is in jail,” a concerned woman said during the Q&A session. “And now his girlfriend has been arrested. But the officer who killed Eric is still free. What is the NAACP doing to punish the 120th Precinct?”

“Instead of ‘stop and frisk,’ how about ‘stop and assist?’” suggested another man from the audience, to raucous approval.

The panel continued to advocate for patience and a reliance on the criminal justice system that has allowed police officers to walk free in the past. The panel remained hopeful that the atmosphere was shifting for the better.

“Technology is a powerful source for justice,” said Ronald Gregg, a former senior administrative judge at the New York State Division of Human Rights, “because now we have recorded evidence of the abuse.”

Christopher Pisciotta of the Legal Aid Society was one of the five speakers at the event. He expressed concern for a “broken windows policy” that would target a man known by everyone acquainted with him to be kind and thoughtful.

“There needs to be an end to this ‘broken window’ policy that discriminates against people of color,” Pisciotta said. “This is a large man. If he wanted to resist, he could have. But there were no kicks or swings.”

Gregg agreed that the recording of the police wrestling Garner to the ground proved there was no sign of resistance. “We see the victim with his hands raised in the universal symbol for surrender,” said Gregg.

“Blame, justify, make excuses,” said Jerome Rice, a retired Corrections captain, alluding to the NYPD and Patrolmen’s Benevolent Association responses in the wake of Garners’ death, “are the reactions by the guilty after they’re caught doing something they aren’t suppose to do.”

Hazel Dukes, a NAACP board member who also spoke, appeared to be the soothing hand. “I promise you, we will not let this man die in vain,” she said.