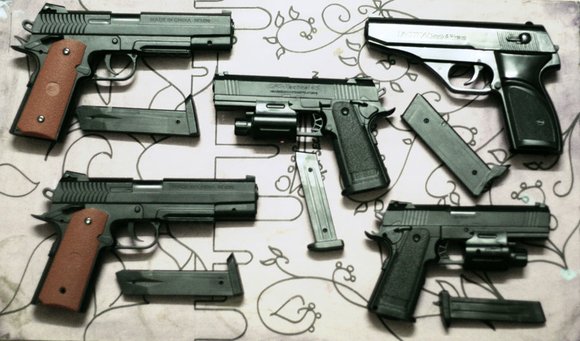 Just past the halfway point of his first year as mayor of New York City, Bill de Blasio is now counting on “violence interrupters”—most of whom are former gang members—to help his administration prevent gun violence in some of the city’s most crime-infested neighborhoods.

This move has led to the creation of the “Gun Violence Crisis Management System,” an initiative that will cost the city $12.7 million. It will focus primarily on 14 precincts across the five boroughs—two in Manhattan, four in Bronx and Brooklyn, three in Queens and one in Staten Island—which account for 51 percent of shootings across the city.

“Today we take a big step forward in reducing gun violence.... This approach, all around the country, has been proven as an effective tool. The violence interrupters are a community-based solution—community members talking to other community members and convincing them that violence is not the right path,” said de Blasio, who was joined by city council members, NYPD officials and anti-gun-violence advocates at Harlem Hospital.

“There’s no one who can convince particularly some of our young people of the consequences of their actions more than someone who went down the wrong path and then recovered from it. I met some of the former gang members, and they’re now people who work for peace every day, and their voices are powerful, as they speak from real experience. And they know how to help us find young people at risk and defuse situations before they get out of control,” the mayor added.

De Blasio said, “This grassroots effort” will follow the “cure violence” model, an evidence-based public-health approach that identifies and engages individuals who are most likely to be involved in gun violence and deploys interventions aimed at curbing that behavior, including retaliatory shootings, before it occurs.

The move for this initiative comes after recommendations made by Councilmember Jumaane Williams [D-Brooklyn], co-chair of City Council’s Task Force to Combat Gun Violence, in a 2012 published report. The report studied the city’s most crime-infested neighborhoods and laid out recommendations to help stem the tide, including the use of violence interrupters and the funding of anti-gun-violence grassroots organizations.

“This is a fundamental shift on how we’re dealing with gun violence. There’s a coordinating group of agencies helping with this multiprong approach; it’s not just the NYPD,” said Williams. “We’re hoping that we’ll be able to expand that to the other areas next year.”

In addition to hiring a staff of violence interrupters, the anti-gun-violence program will also provide job training, mental-health and legal services. Violence interrupters will also link potential shooters to case-management and supportive services that will increase the likelihood of long-term violence reduction.

“Think about when you have a disease—you want to quarantine a particular area that is deemed having the highest incidences of shootings,” said Ife Charles, coordinator of gun violence programs for the Center of Court Innovation. She stated that a similar program in Crown Heights, Brooklyn, has resulted in a 66-percent reduction in shootings since 2012.

“We want to saturate that area with public-education materials, outreach workers and violence interrupters, highlighting and identifying young men and women that can say, ‘These are the folks that might be involved in the wrong behavior.’ And then we can work with them,” she added.

NYPD’s Assistant Chief Brian J. Conroy is optimistic that the initiative is a collaborative effort that allows the police department to work together with all city agencies and community groups to “build that trust in the neighborhood to continue to reduce violence.”

“What’s great about this program is that it is a community-based organization, said Conroy. “The police have, obviously, an important role in reducing gun violence from an enforcement angle, but it’s not the only answer. We are very aggressive in going after gun violence and going after crews and gangs.”

This announcement comes after the city added an additional 100 Summer Youth Employment jobs for high-school- and college-age youths as part of the cure violence program. In early June, de Blasio announced a $210.5 million comprehensive citywide spending plan that will help to reduce violent crime and the expansion of social service, educational programs and security measures in public housing operated by the New York City Housing Authority (NYCHA).