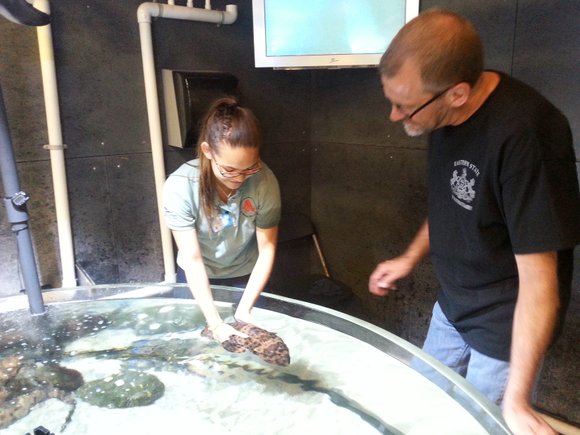 Located on Stearn’s Wharf, the Ty Warner Sea Center is an important marine research and education center offering visitors unique opportunities to learn about and interact with creatures found in the surrounding Santa Barbara Channel.

In our first exploration of Santa Barbara—dubbed “The American Riviera” and situated along the beautiful Pacific Ocean coastline just 92 miles north of Los Angeles, 249 miles from Carmel and Monterey and 332 miles south of San Francisco—we learned about its early history, stunning Spanish architecture and the tip of the iceberg in terms of its sites and attractions.

Seen in many a television show and movie shot here, Stearns Wharf is one of the city’s most iconic landmarks and its No. 1 tourist attraction. Completed in 1872, the Wharf, located in the Santa Barbara harbor, served as a vital freight and passenger portal for more than 25 years, and at that time it was the longest deep-water wharf between San Francisco to the north and San Pedro to the south. Attractions here today encompass fine dining, specialty shops, a gallery, cruise and water taxi companies, bait and tackle shops and breathtaking views up and down the coastline.

Also located here is the Ty Warner Sea Center, an important marine research and education center offering visitors numerous unique opportunities to learn about and interact with many of the creatures found in the surrounding Santa Barbara Channel. A 1,500-gallon tide pool tank, shark touch tank, Santa Barbara Channel Theater, interactive exhibits and more are part of the fun here. 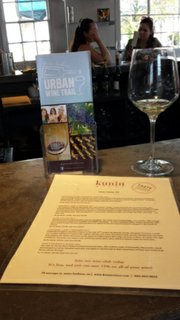 Located on Stearn’s Wharf, the Ty Warner Sea Center is an important marine research and education center offering visitors unique opportunities to learn about and interact with creatures found in the surrounding Santa Barbara Channel.

For kids of all ages, there’s the Santa Barbara Zoo, home to more than 400 animals, including 160 species of mammals, birds, reptiles and insects—many in open, naturalistic habitats that make learning about their lifestyles and habits easy and visually appealing. The landscape here is spectacular as well, as the zoo sits on 30 acres of lush botanic gardens overlooking the Pacific Ocean, Santa Ynez Mountains and the Andree Clark Bird Refuge, the latter an inviting, 42-acre open space recreational area for boating, fishing, hiking, biking and bird watching, highlighted by three islands resting in an artificially modified estuary.

Nature and the environment play major roles in Santa Barbara’s past and present, and one of the best places to gain an overview of the area’s landscape is at the Santa Barbara Museum of Natural History. Founded in 1916, the museum encompasses two entities, the Ty Warner Sea Center and its main campus, set on 17 acres of riparian oak woodland and dotted with several eye-catching Spanish Revival-style buildings and a 73-foot Blue Whale skeleton at the entrance. Here, visitors can explore more than 3.5 million artifacts featured in the museum’s eight permanent and two temporary exhibit halls.

Speaking of history, be sure to check out the El Presidio de Santa Bárbara State Historic Park, founded in 1782 during the American Revolutionary War. This attraction is significant, in that it played a pivotal role in the city’s history as the last of four military outposts built along the coast of Alta California by the Spanish. Restored buildings (some originally built by the native Chumash Indians), ongoing archaeological excavations and El Cuartel (the oldest remaining residence in Santa Barbara and the second oldest in California) are just a few of the features here. The Presidio also originally served as a guard post to the western gate into the Plaza de Armas, which is now part of downtown.

Given the agricultural history and abundance found throughout the Santa Barbara area, it’s no surprise that the city offers a wealth of outstanding wineries, wine shops, restaurants, farmer’s markets and the like to suit every taste imaginable.

The combination of sun, fog, ocean breezes, an array of microclimates and distinctive mountain ranges helps create the perfect environment for a long and healthy wine growing season here—the county having four verdant American Viticultural Areas to show for it.

You will find hundreds of both internationally renowned and locally recognized but no less fantastic vineyards and wineries producing some of the best varietals—pinot noir, chenin blanc, chardonnay, syrah, zinfandel, riesling and others—in the world. Today, the county boasts close to 175 wineries in town and along the countryside, drawing locals and visitors alike to Santa Barbara. The countryside wine regions and trails here include Foxen Canyon and Alisos Canyon Roads, the Santa Rita Hills Loop, Santa Ynez & Los Olivos, Santa Maria, Solvang and the Solvang Loop and the Santa Rita Hills Loop.

In town you can embark upon the Urban Wine Trail, a pedestrian friendly association of almost two dozen wineries located within walking distance downtown and along the beach. Each offers its own unique ambiance, wines and sometimes food in a relaxed, unpretentious environment, where both new-to-wine folks and staunch aficionados can enjoy and take home a few of their favorites.

Where there’s wine there’s food, and Santa Barbara does not disappoint with more than 400 delicious restaurants, offering the gamut of local, regional and international fare with a California coast twist. Many of the chefs here take advantage of the wealth of locally grown produce sold at the city’s farmer’s markets, and it is here where they often drawn inspiration for creative daily specials and weekly menu options infused with a great deal of flavor and flair.

We’ve got one last spin around Santa Barbara to check out its wonderful accommodation options and an unexpected surprise for those desiring to immerse themselves in the great outdoors.