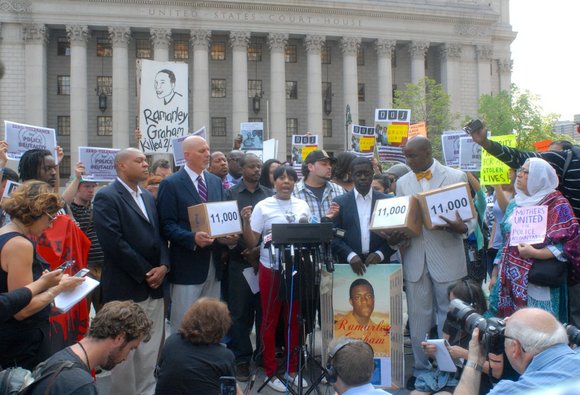 After a year of a DOJ “review” into the 2012 NYPD killing of unarmed 18-year-old Graham in front of his 6-year-old brother and grandmother in the Bronx, the family led a vociferous crowd in Foley Square, demanding a full investigation on civil rights violations and a meeting with Bharara. Joining them was NYS Assembly Member Karim Camara, chair of the Black, Puerto Rican, Hispanic & Asian Legislative Caucus, members of the Malcolm X Commemorative Committee and many activists calling to mind the recent police killing of Michael Brown.