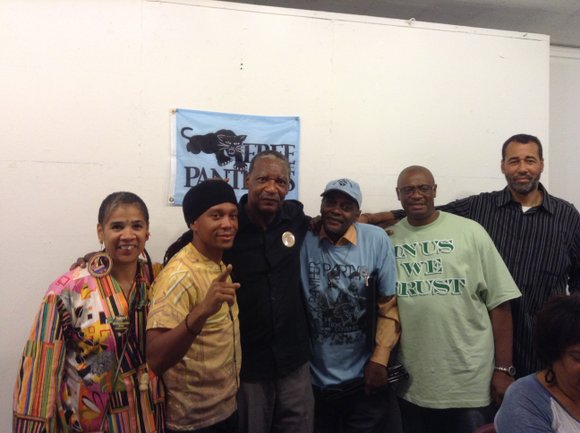 Packed to capacity was the event at Martin Luther King Jr. Labor Center of 1199 SEIU, Friday, Aug. 15, 2014, to welcome Marshall “Eddie” Conway. The former political prisoner, who was recently released from prison after serving 43 years and 11 months of a 67-year sentence, was welcomed by notables such as Mumia Abu Jamal (by phone), attorney Michael Tarif Warren, attorney Lynne Stewart and former City Councilman Charles Barron. It was a mega-celebration, hosted by the Black Panther Commemoration Committee NY, and it brought out grassroots activists, supporters, old friends, legal folk and even members of the community new to the storied history of Black resistance and self-determination.

It was Conway’s first visit to New York City since his release from prison in Maryland this past March. Conway, 66, was a member of the Baltimore chapter of the Black Panther Party when he was wrongly accused and convicted of killing a Baltimore police officer.