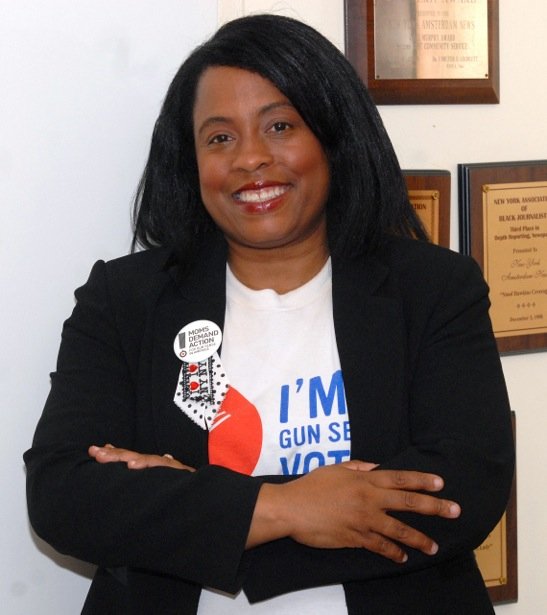 Marie G. Delus went from serving as a secretary for Mayor David Dinkins to being the current deputy agency chief contracting officer for the city. With more than 20 years as a civil servant with the New York City government, she also gives her time to the community by working on various efforts.

She’s used her knowledge of how the city works, along with her connections, to help out people from those seeking legal help to major causes, including the search for Avonte Oquendo. Her many memberships include the American Red Cross Greater New York, the Mayor’s Office Volunteer Center, the Tower of Hope and the Neighborhood Together Kitchen in Bed-Stuy.

“The community is familiar with me,” she said. “As a person in the community, you have your own power. I just happen to know what to say and how to say it.”

Originally from Brooklyn, Delus is the oldest of five children. Her journey inpublic services started when she joined the Marine Corp. During her time in the military, she served stateside in Desert Storm.

She has many passions, which led to her outreach in the community. In 2008, she formed the T “Flip” R, LLC talent agency with her son Trevor “Flip” Robinson. The agency’s mission is to assist nonprofit organizations, small businesses and corporations with their charitable initiatives.

T “Flip” R also brings together hip-hop and pop artist to perform in the name of nonviolence. The agency has worked with the late Stake Bundles, Jason Fox and the Swag Kids.

Delus began her volunteer work in 2005 working with Hurricane Katrina victims after seeing the problems in New Orleans in the media. She joined the American Red Cross, becoming a call-center agent and later becoming part of the Disaster Action Team in 2007. Her work has also extended to Haiti, where she volunteered after the earthquake in the Caribbean nation in 2010. Locally, she lent her services during Hurricane Sandy. “I guess it’s my personality and my intent that got me involved,” Delus said.

However, her most recent work has been as an advocate for Moms Demand Action for Gun Sense in America. The group advocates “gun sense voting” and the right of people to bear arms safely and prevent guns from landing in the hands of the wrong people.

“I was a sharpshooter, and I loved to shoot when I was in the military,” said Delus. “As a gun owner, you have to be responsible. We don’t want domestic abusers to have guns, or the mentally unstable. You need to know where your gun is at all times.”

Recently Delus co-authored and published the book “Inside Da G” with her son. The book is a no-holds-barred relationship guide based on the experiences of a young man in today’s society. It is available on Amazon.com.