Sixty years after Brown, it’s time to reimagine the struggle 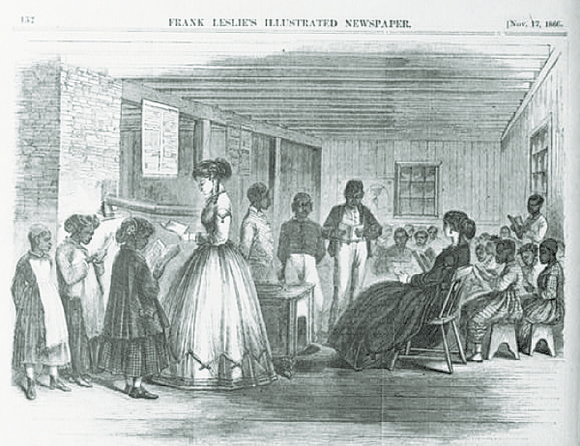 An educational game changer. That’s what’s needed for African-American and Latino children throughout this nation. The question is, are we ready to change the game, or will we continue to do what we’ve always done?

Struggle is in our DNA. It’s our legacy. But it’s only a part of our legacy.

Before African-descended people were enslaved throughout the Caribbean and the Americas, and before we took to singing work songs and freedom songs and songs of ghetto life punctuated with a hip-hop beat, we were creating great societies, such as those in Ghana, Mali and Songhai. Africans’ advances in agricultural production, their technological advances in the use of metals and the expansion in trade with countries seeking the continent’s vast resources all contributed to the greatness of these kingdoms.

During our enslavement, we remembered who we were: healers who developed cures for snakebites and inoculations for smallpox, saving hundreds of lives on foreign soils. Our ancestors introduced their expert knowledge of irrigation systems and the management of tidal and inland rice fields to Southern U.S. planters who derived their vast wealth from Africans’ centuries-old brilliance as much as they did from the slaves’ back-breaking sunup-to-sundown labor.

But we’ve forgotten how brilliant we are, and we’re all caught up in “the struggle.” We take pride in the struggle, especially the struggle against racism, whether it be institutional or individual.

It’s time to reimagine the struggle.

We can begin by recognizing that education is not “the way out” of a bad neighborhood or bad circumstances. Rather, education is the way in—the way in to community-wide healing and transformation.

Our ancestors paved the way.

On plantations throughout the African Diaspora, men, women and, yes, children, devised ingenious strategies to become literate. We had determined spirits, such as young Thomas Johnson, who, though not old enough to work the fields, bought a spelling book he couldn’t understand. At night, he listened in while his master’s son completed his homework. Thomas then picked a word from his spelling book, challenged the master’s son to spell it, then left the room and spelled the word over and over until he owned it. He complimented his master’s son on how well he read and cajoled him into reading the passage again. Johnson would later tell an interviewer recording the narratives of formerly enslaved Africans, “each week I added a little to my small store of knowledge about the great world in which I lived” (Janet Cornelius, “When I Can Read My Title Clear,” 1992).

Others who were enslaved snuck away at night, attending midnight schools, and those who had risked their lives learning how to read taught sons and daughters and husbands and wives the skill.

In the United States, once slavery was abolished nationwide, folk in Black and Brown communities throughout this country began the work of nurturing, loving and skillfully educating our children in severely underfunded segregated schools.

Beginning as far back as 1832, when Benjamin F. Roberts sued the Boston school district on behalf of Sarah, his 5-year-old daughter, Black and Brown communities have waged legal battles in the struggle for educational equity.

When the Brown v. Board of Education decision was handed down, the people rejoiced. But Brown didn’t provide communities of color living in a racially constructed white supremacist society the salvation many had hoped for.

Sixty years later, throughout this country, schools overwhelmingly populated by African-American and Latino children are still underfunded; too many Black and Brown children are being poorly educated and miseducated. And yes, the legal challenges continue.

So does the push for education reform from factions that include the nation’s business sector. But let’s call education reform what it is: a series of mandates coming from people outside our communities intended to remake our troubled education system so that it serves their needs and furthers their interests.

Education reform is not a game changer. Education transformation is.

If we care about our children’s future, we have to recognize that the traditional model of schooling, where children sit passively in classrooms while teachers lecture, is not working. We have to offer up transformative models of teaching and learning so that instead of becoming disengaged, passive test-takers, our children become engaged, active learners—who fall in love and stay in love with learning, with teaching, with school!

Imagine sending your children to a neighborhood school where parents feel welcomed and celebrated and where teachers and parents partner to coparent and coteach children. Imagine a school where children engage in culturally and community-responsive instruction guided by teachers who understand and appreciate their students’ culture and who form caring, supportive relationships with them.

Imagine sending your children to a school where teachers value their social-emotional health and well-being as much as they value their academic and intellectual success; a school where teachers and administrators recognize that many students suffer from the adverse effects of stress brought on by difficult childhood experiences. But instead of adopting the traditional punitive model of discipline when traumatized students become disruptive, teachers use a restorative healing model.

Imagine neighborhood schools that partner with progressive community-based organizations that function to revitalize, anchor and help communities heal; schools that nurture your children to become critical thinkers and innovators prepared to assume their roles as 21st-century leaders and entrepreneurs committed to leaving the world they’ve inherited better for their children and their children’s children.

Imagine a school that challenges students to learn to work in collaborative groups where they’re tasked to come up with solutions to real-word problems like the ones in their communities; where they use computation skills, critical-reasoning skills, their developing communication skills and their astute understanding of history to help them problem-solve.

We can create these schools! We can transform communities. We can and must support visionaries already doing this work―transformative educators such as the ones at Middle Passage School for Life in New York City and Sankofa Community Empowerment, also in New York; the folks at I-SEEED, the Institute for Sustainable Economic, Educational and Environmental Design in Oakland, Cali.; and Dr. Amira Davis, who has developed a successful Saturday school model in Urbana, Ill.

In schools, after-school and Saturday programs, and living rooms and kitchens across the country, many are doing the work. Many more are needed. Nothing short of a nationwide effort to reclaim our children’s educational lives so they can unleash their brilliance is required! The support of Black and Brown community members blessed with financial resources to fund transformative community institutions is essential. We cannot do this without you. It just won’t happen.

We’ve got to ask ourselves if it’s okay for a select few to succeed, or whether everyone deserves a chance at success. Let’s be clear on what’s at stake here: What’s at stake are the very lives of our children—those beings who, in decades to come, will lead this country.

Teresa Ann Willis is an author and transformative educator who, together with a group of committed parents and teachers, is giving birth to Middle Passage School for Life, a private school serving a public mission. Her critically acclaimed debut novel, “Like a Tree Without Roots” (Ase Publishing, 2013) chronicles the lives of urban teenagers and their struggles to overcome their internalized feelings of racial inferiority, colorism and police brutality.