Source360 in Brooklyn is gonna be large 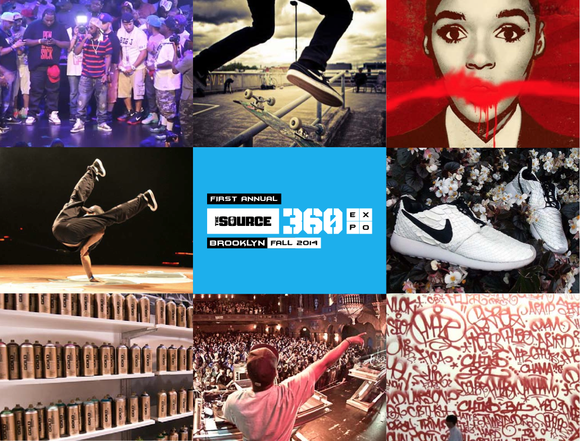 Mainstream hip-hop has become over-saturated with venereal, vulgar and violent lyrics. One-sidedly portrayed by the media, rap has gained a bad rep for glorifying the negative and excessive aspects of popular culture—money, gun violence, drugs and even “twerking.”

However, for L. Londell McMillan, owner of The Source magazine, mainstream hip-hop has strayed away from the true purpose of the music. McMillan believes that at its core, hip-hop is a genre that embraces lyricism, creativity and thought-provoking content.

In an attempt to readdress the hip-hop culture and recognize its purpose to uplift and inspire the brothers and sisters of our communities, The Source, alongside the NorthStar Group, will be hosting its premiere Source360 Expo from Sept. 19 to Sept. 21. The three-day expo will give people a “360-degree” look at the innovation and positive impacts hip-hop has had on culture outside of the negativity portrayed by the mainstream media outlets.

“This is an exciting opportunity to showcase how innovative and diverse hip-hop is, locally and globally,” McMillan told the Amsterdam News.

McMillan, chairman of the NorthStar Group, and a noted entertainment lawyer and founder of Source360, told the Amsterdam News, “We are pleased to bring this total market experience to the community and hope that it will empower people to network, unite and create more positive contributions to the world. It has been time to get serious and step-up!”

Over the three days, Source360 will gather powerful and successful business leaders for panel discussions of such topics as the rise of street art and the use of viral marketing and social media for talent discovery. The expo, conference and festival combination will hosts performances, fashion shows, film showings, art exhibits and more. Saturday Sept. 20, a concert featuring influential hip-hop artists such as Wu-Tang Clan, Lil’ Kim and The Diplomats, who will perform together for the first time in three years, will be held at the Barclays Center.

The Source360 Expo places the lifestyle and culture of hip-hop, music, fashion and art under the same roof, creating a multi-platform experience that transcends the boundaries of what we consider different and separate mediums.

“The culture is global and powerful,” said McMillan. “It has impacted our lives and the lives of our children. Come out to Source360 and engage the culture, as we celebrate the art, music, film, fashion, dance, sports and technology of it all.”

Events will take place at the Brooklyn Academy of Music, Barclays Center, Long Island University and other designated locations throughout the Brooklyn Cultural District. For more information, visit www.source360.com and www.thesource.com.